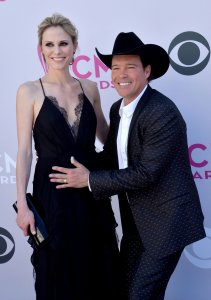 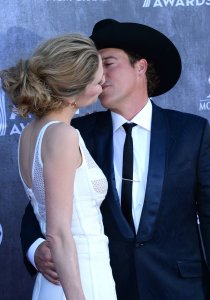 Living with MS hasn't been easy, but I feel blessed to continue to be so healthy

Ernest Clayton (Clay) Walker, Jr. (born August 19, 1969, in Beaumont, Texas) is an American country music artist. He made his debut in 1993 with the single "What's It to You", which reached Number One on the Billboard Hot Country Singles & Tracks (now Hot Country Songs) charts, as did its follow-up, 1994's "Live Until I Die". Both singles were included on Walker's self-titled debut album, also released in 1993. Throughout the 1990s, Walker produced a constant string of hit singles on the country music charts, interrupted briefly when he was diagnosed with multiple sclerosis (MS) in 1996. Walker has since participated in several forms of charity to help combat the disease.

Walker has released a total of ten albums, including a Greatest Hits package and an album of Christmas music. His first four studio albums all achieved RIAA platinum certification in the United States, while his Greatest Hits collection and fifth studio album were each certified gold. In addition, he has charted more than twenty-five singles on the country charts, including six Number One singles. His most recent album, Fall, was released in 2007 on Asylum-Curb Records.

Ernest Clayton Walker, Jr. was born on August 19, 1969 in Beaumont, Texas. After his parents divorced, Clay lived with his father, who gave him a guitar when he was nine years old. At age sixteen, after leaving his shift as night-shift desk clerk at a Super 8 Motel, Walker stopped at a local radio station to deliver a tape of a song that he had written himself. Although the morning disc jockey told him that the station's policies prohibited playing self-submitted tapes, he nonetheless played walker's song, announcing that the song was "too good to pass up".

FULL ARTICLE AT WIKIPEDIA.ORG
This article is licensed under the GNU Free Documentation License.
It uses material from the Wikipedia article "Clay Walker."
Back to Article
/