Top News // 1 year ago
The Almanac
On Nov. 14, 1969, Apollo 12 launched from Kennedy Space Center to carry out NASA's second mission to the moon.

World News // 2 years ago
'Rabbit' sculpture sells for record $91M; most ever for work by living artist
A rabbit sculpture by Jeff Koons sold for $91 million on Wednesday night at Christie's in New York City, the most paid for any artwork by a living artist. 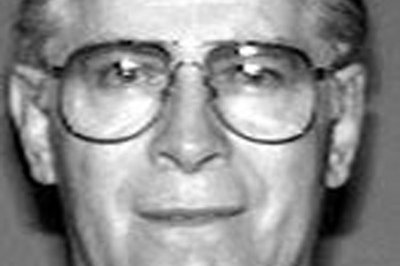 World News // 2 years ago
Finnish couple sentenced for $11.4M painting forgery scheme
A Finnish court sentenced a married couple to prison time and fined them $11.4 million for selling forgeries of paintings by the likes of Claude Monet.

Top News // 4 years ago
The Almanac
On Nov. 14, 1889, newspaper reporter Nellie Bly set off to break the fictional record of voyaging around the world in 80 days set by Jules Verne's character Phileas Fogg. She made the trip in 72 days, 6 hours, 11 minutes and 14 seconds.

Claude Monet (French pronunciation: ) (14 November 1840 – 5 December 1926) was a founder of French impressionist painting, and the most consistent and prolific practitioner of the movement's philosophy of expressing one's perceptions before nature, especially as applied to plein-air landscape painting. The term Impressionism is derived from the title of his painting Impression, Sunrise (Impression, soleil levant).

Claude Monet was born on 14 November 1840 on the 5th floor of 45 rue Laffitte, in the 9th arrondissement of Paris. He was the second son of Claude Adolphe Monet and Louise Justine Aubrée Monet, both of them second-generation Parisians. On 20 May 1841, he was baptized in the local parish church, Notre-Dame-de-Lorette, as Oscar-Claude, but his parents called him simply Oscar. In 1845, his family moved to Le Havre in Normandy. His father wanted him to go into the family grocery business, but Monet wanted to become an artist. His mother was a singer.

On 1 April 1851, Monet entered Le Havre secondary school of the arts. Locals knew him well for his charcoal caricatures, which he would sell for ten to twenty francs. Monet also undertook his first drawing lessons from Jacques-François Ochard, a former student of Jacques-Louis David. On the beaches of Normandy in about 1856/1857, he met fellow artist Eugène Boudin, who became his mentor and taught him to use oil paints. Boudin taught Monet "en plein air" (outdoor) techniques for painting. Both received the influence of Johan Barthold Jongkind.

FULL ARTICLE AT WIKIPEDIA.ORG
This article is licensed under the GNU Free Documentation License.
It uses material from the Wikipedia article "Claude Monet."
Back to Article
/