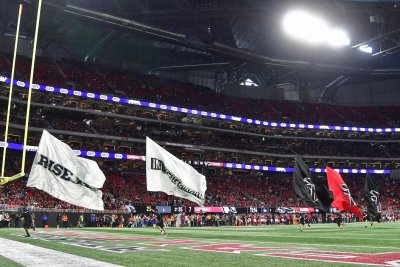 NFL // 1 year ago
Ex-Atlanta Falcons DE John Zook dies at 72
Former Atlanta Falcons defensive end John Zook, who starred alongside Hall of Famer Claude Humphrey, has died after a lengthy battle with cancer. He was 72.

Claude B. Humphrey (born June 29, 1944 in Memphis, Tennessee) is a former American football defensive lineman in the National Football League for the Atlanta Falcons and Philadelphia Eagles.

Humphrey was drafted out of Tennessee State University in the first round of the 1968 NFL Draft with the third overall choice by the Falcons. Humphrey was an All-American in 1967.

FULL ARTICLE AT WIKIPEDIA.ORG
This article is licensed under the GNU Free Documentation License.
It uses material from the Wikipedia article "Claude Humphrey."
Back to Article
/