Entertainment News // 2 months ago
What to stream this weekend: Mariah Carey holiday special, 'Selena'
Mariah Carey celebrates Christmas with celebrity friends and Netflix explores the life and times of the late Selena Quintanilla this weekend. 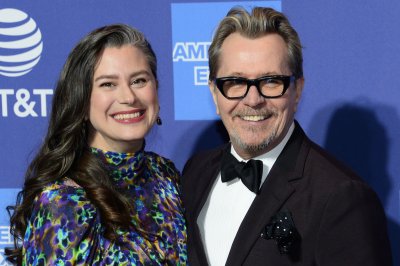 Movies // 2 years ago
'Lawrence of Arabia,' 'Blade Runner' top ASC list of 100 best-shot films
The American Society of Cinematographers released a list of the 100 best-photographed films of the 20th century in honor of the ASC's 100th anniversary.

Top News // 4 years ago
The Almanac
On Oct. 10, 1973, Vice President Spiro Agnew resigns in disgrace after pleading no contest to income tax evasion.

Citizen Kane is a 1941 American drama film, and the first feature film directed by Orson Welles. It was nominated for an Academy Award in nine categories, but won only for Best Original Screenplay by Herman Mankiewicz and Welles. It was released by RKO Pictures.

The story is a fictionalized pastiche of the life of William Randolph Hearst and Welles' own life. Upon its release, Hearst prohibited mention of the film in any of his newspapers. The film traces the life and career of Charles Foster Kane, a man whose career in the publishing world is born of idealistic social service, but gradually evolves into a ruthless pursuit of power. Narrated principally through flashbacks, the story is revealed through the research of a newspaper reporter seeking to solve the mystery of the newspaper magnate's dying word: "Rosebud."

Citizen Kane is often cited as being one of the most innovative works in the history of film. The American Film Institute placed it at number one in its list of the 100 greatest U.S. movies of all time in 1997 and again in the revised list of 2007. In a recent poll of film critics and directors conducted by the British Film Institute, Citizen Kane was ranked the number one best film of all time by both groups.

FULL ARTICLE AT WIKIPEDIA.ORG
This article is licensed under the GNU Free Documentation License.
It uses material from the Wikipedia article "Citizen Kane."
Back to Article
/