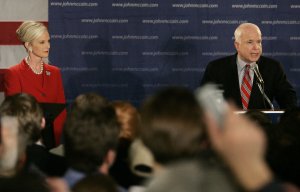 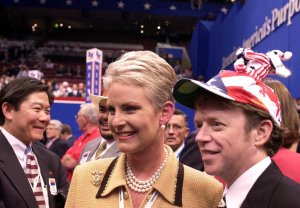 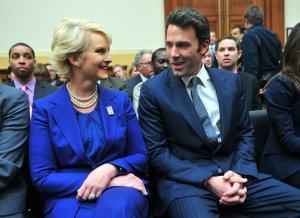 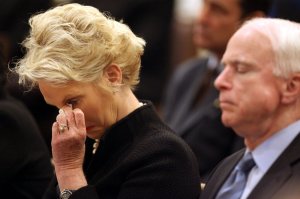 Defense News // 1 year ago
Navy to honor Navajo Nation with new class of vessels
A new class of Navy ships towing, salvage and rescue operations will be named to honor the Navajo Nation, and will replace T-ATF 166 and T-ARS 50 class ships.

NFL // 2 years ago
Notebook: Cowboys' Bryant vows to prove doubters wrong
There has been a lot of talk swirling around wide receiver Dez Bryant and his future with the Dallas Cowboys.

World News // 4 years ago
Mozambique declared land mine-free
Mozambique has destroyed its last land mine, ending two decades of work to remove 171,000 explosives left from conflicts ending in the 1990s.

I do believe that the media had a specific agenda and with that said, the American people cast their vote

What I agree with is the fact that she is a social conservative, she is a reform-minded woman, she is someone that will shake Washington up, which is exactly what we want to do

Cindy Lou Hensley McCain (born May 20, 1954) is an American businesswoman, and philanthropist, and the wife of United States Senator and 2000 and 2008 presidential candidate John McCain of Arizona.

She was born and raised in Phoenix, Arizona, as the daughter of wealthy beer distributor Jim Hensley. After receiving bachelor's and master's degrees from the University of Southern California, she became a special education teacher. She married John McCain in 1980 and they had three children together, in addition to adopting another. From 1988 to 1995, she founded and operated a nonprofit organization, the American Voluntary Medical Team, which organized trips by medical personnel to disaster-stricken or war-torn third-world areas. During this time, she became addicted to painkillers for several years and resorted to having a physician write her illegal prescriptions. She reached an agreement with the government in which no charges were filed against her.

Upon her father's death in 2000, she inherited majority control and became chair of Hensley & Co., one of the largest Anheuser-Busch beer distributors in the United States. She participated in both of her husband's presidential campaigns and, in 2008, drew both positive and negative scrutiny for her appearance, demeanor, wealth, spending habits, and financial obligations. She continues to be an active philanthropist and serves on the boards of Operation Smile, CARE and HALO Trust, frequently making overseas trips in conjunction with their activities.

FULL ARTICLE AT WIKIPEDIA.ORG
This article is licensed under the GNU Free Documentation License.
It uses material from the Wikipedia article "Cindy McCain."
Back to Article
/