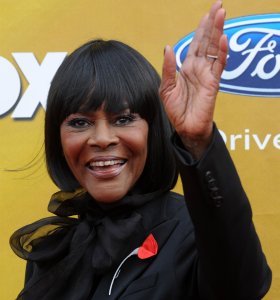 Movies // 1 year ago
Tyler Perry film 'A Fall from Grace' coming to Netflix
"A Fall from Grace," a new film starring Crystal Fox, Bresha Webb, Phylicia Rashad and Cicely Tyson, will premiere on Netflix in January. 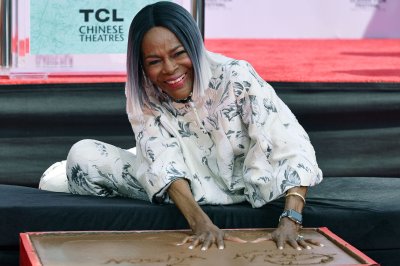 Entertainment News // 2 years ago
Tributes pour in for Aretha Franklin at star-studded funeral
Performances by Stevie Wonder and Jennifer Hudson accompanied remarks by former President Bill Clinton at the more than 6-hour funeral of Aretha Franklin.

Cicely Tyson (born December 19, 1933) is an American actress. A successful stage actress, Tyson is also known for appearances in the film Sounder and the television specials The Autobiography of Miss Jane Pittman and Roots.

Tyson was born and raised in Harlem, New York, the daughter of Theodosia (a domestic) and William Tyson (a pushcart operator), immigrants from the island of Nevis of the Federation of Saint Kitts and Nevis in the West Indies. Tyson's father William arrived in New York City at the age of 21 and was processed at Ellis Island on August 4, 1919. She married famous jazz trumpeter Miles Davis on 26 November 1981 -- the ceremony was conducted by Atlanta mayor Andrew Young at the home of actor Bill Cosby. Tyson and Davis divorced in 1988. She is a member of Delta Sigma Theta Sorority, Inc. On May 17, 2009, Tyson received an honorary degree from Morehouse College.

Tyson was discovered by a photographer for Ebony magazine, and became a popular fashion model. Her first film was an uncredited role in Carib Gold in 1957, but she went on to do television - the celebrated series East Side/West Side and the long-running soap opera The Guiding Light. In 1961, Tyson appeared in the original cast of French playwright Jean Genet's The Blacks, the longest running Off-Broadway non-musical of the decade, running for 1,408 performances. The original cast also featured James Earl Jones, Roscoe Lee Browne, Louis Gossett, Jr., Godfrey Cambridge, Maya Angelou and Charles Gordone. She appeared with Sammy Davis Jr. in the film A Man Called Adam (1966) and starred in the film version of Graham Greene's The Comedians (1967). Tyson had a featured role in The Heart Is a Lonely Hunter (1968) and was in a segment of the movie Riots.

FULL ARTICLE AT WIKIPEDIA.ORG
This article is licensed under the GNU Free Documentation License.
It uses material from the Wikipedia article "Cicely Tyson."
Back to Article
/