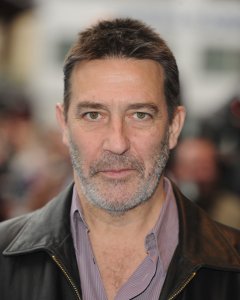 Movies // 2 years ago
Batman, Wonder Woman bring heroes together in 'Justice League': What we know
The heroes of DC Comics are ready to finally come together after four movies and years of anticipation with the release of "Justice League" on Friday.

Movies // 3 years ago
Martin Scorsese on 'Silence:' 'I knew I wanted to make it, but I didn't know how'
Oscar-winning filmmaker Martin Scorsese says he waited for decades to adapt Shusaku Endo's novel "Silence" for the silver screen.

Hinds was born in Belfast, Northern Ireland. Raised a Catholic in North Belfast, he was one of five children and the only son of his doctor father and schoolteacher mother. His mother, Moya, was also an amateur actress. He was an Irish dancer in his youth and was educated at Holy Family Primary School and St. Malachy's College. After leaving St. Malachy's, he enrolled as a law student at Queen's University but was soon persuaded to pursue acting and abandoned his studies at Queen's to enroll at the Royal Academy of Dramatic Art (RADA).

Hinds began his professional acting career at the Glasgow Citizens' Theatre in a 1976 production of Cinderella. He remained a frequent performer at the Citizens' Theatre during the late 1970s and through the mid-1980s. During this same period, Hinds also performed on stage in Ireland with the Abbey Theatre, the Field Day Theatre Company, the Druid Theatre, the Lyric Players' Theatre and at the Project Arts Centre. In 1987, he was cast by Peter Brook in The Mahabharata, a six hour theatre piece that toured the world, and he also featured in its 1989 film version. In the early 1990s, he was a member of the Royal Shakespeare Company. A notable RSC performance came in the title role of the 1993 production of Richard III directed by Sam Mendes; Mendes turned to Hinds as a last minute replacement for an injured Simon Russell Beale. Hinds gained his most popular recognition as a stage actor for his performance as Larry in the London and Broadway productions of Patrick Marber's Tony Award-nominated play Closer. In 1999, Hinds was awarded both the Theatre World Award for Best Debut in NYC and the Outer Critics Circle Award for Special Achievement (Best Ensemble Cast Performance) for his work in Closer. He was on stage in 2001 in The Yalta Game by Brian Friel at the Gate Theatre in Dublin. He appeared in the Broadway production of The Seafarer by Conor McPherson, which ran at the Booth theater from December 2007 through March 2008. In February 2009 Hinds took the leading rôle of "General Sergei Kotov" in Burnt by the Sun by Peter Flannery at London's National Theatre.

FULL ARTICLE AT WIKIPEDIA.ORG
This article is licensed under the GNU Free Documentation License.
It uses material from the Wikipedia article "Ciaran Hinds."
Back to Article
/