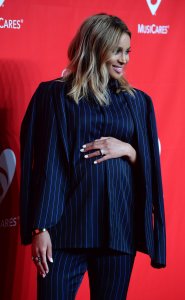 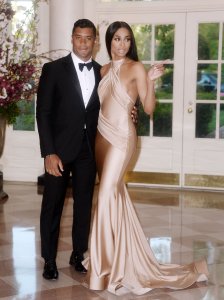 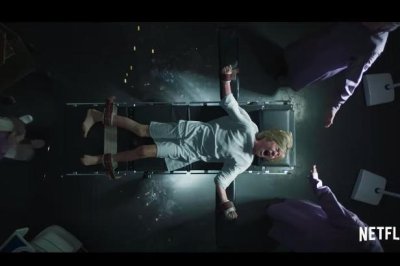 Entertainment News // 5 months ago
Angela Bassett receives BET Icon Award: 'Be persistent and win'
Angela Bassett discussed how portraying strong women throughout her career has been a part of her life's purpose while receiving the BET Icon Award at the 2019 Black Girls Rock! ceremony.

TV // 5 months ago
New 'Into the Dark' movie explores horror of the double standard
Hulu's September entry in the horror anthology "Into the Dark" explores a Purity Retreat where girls face both demons and paternal pressure. 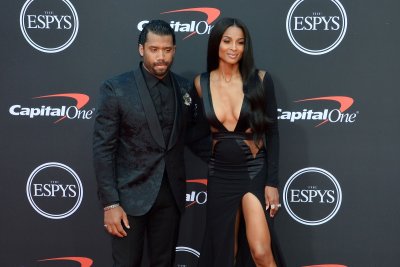 Music // 8 months ago
Ciara performs, announces tour on 'Good Morning America'
Ciara took to the stage with "Level Up," "Thinkin Bout You" and "Goodies" after confirming plans for a new tour.

Music // 9 months ago
Ciara celebrates after being accepted into Harvard
"Level Up" singer Ciara will join the Harvard Business of Entertainment, Media and Sports program.

Ciara Princess Harris (born October 25, 1985), known mononymously as Ciara (pronounced /siːˈɛrə/, see-ERR-ə),[1] is an American singer, songwriter, record producer, dancer, actress and fashion model. Born in Austin, Texas, she traveled around the world during her childhood, eventually moving to Atlanta, Georgia where she joined the girl group Hearsay; however, the group disbanded after having differences. It was at this time Ciara was noticed for her songwriting. In 2002, Ciara met music producer Jazze Pha. With his help, she signed a record deal with LaFace Records.

FULL ARTICLE AT WIKIPEDIA.ORG
This article is licensed under the GNU Free Documentation License.
It uses material from the Wikipedia article "Ciara."
Back to Article
/