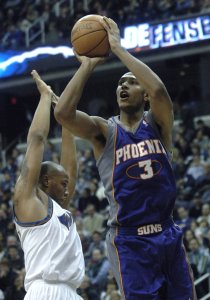 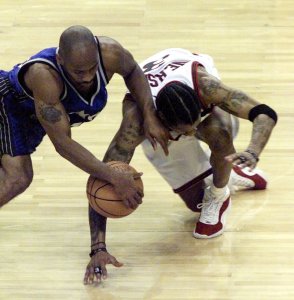 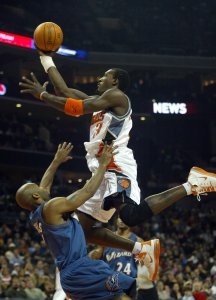 Atkins was undrafted following a college career at the University of South Florida, taking his game to Europe where he played for Cibona Zagreb in Croatia from 1997–1999. Prior to that, in 1996–97, he was with the LaCrosse Bobcats in the CBA (team later folded).

Atkins began his NBA career in 1999 with the Orlando Magic, with immediate impact (all games played, averaging 9 points and four assists per game). He then played for the Detroit Pistons (being included in a July 2000 deal which brought Grant Hill to Orlando) and Boston Celtics (being traded midway through 2003–04 for Mike James, thus not appearing in the 2004 NBA Finals).

FULL ARTICLE AT WIKIPEDIA.ORG
This article is licensed under the GNU Free Documentation License.
It uses material from the Wikipedia article "Chucky Atkins."
Back to Article
/