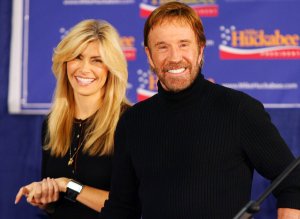 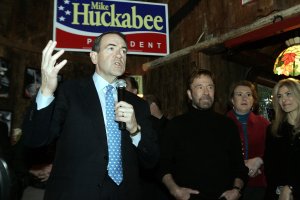 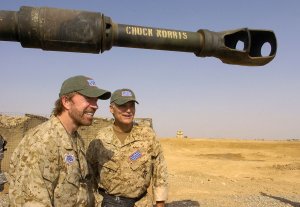 TV // 3 years ago
Hannah Gadsby will stick with comedy, after 'Nanette' success
Hannah Gadsby confirmed on "The Tonight Show" that she won't be leaving comedy as planned after the success of her Netflix special "Nanette."

Health News // 3 years ago
MRI dye not linked to cognitive harm, despite Chuck Norris' claims: Study
Despite recent claims from actor Chuck Norris that a dye commonly used during MRI scans sickened his wife, a new study finds no evidence to support such a link.

Top News // 4 years ago
The Almanac
On March 10, 1959, more than 300,000 Tibetans surrounded the Potala Palace in Lhasa, marking the beginning of the Tibetan uprising.

Entertainment News // 4 years ago
Netflix December 2016: What's coming and going
Coming and going from Netflix in December 2016: Sure, you've got mashed 'taters for Thanksgiving, and probably for a few days after. But if you want some of them French-fried 'taters a la "Sling Blade", you're running out of time. "MMMM-hmmm."

Outside View // 5 years ago
True gun lovers are serious about safety -- and about who gets to carry
As a veteran, I own guns. I like my guns. But I don't trust crazy folks or untrained amateurs with them.

I really like the character a lot, and I'd like to do a couple Walker movies of the week a year

Carlos Ray "Chuck" Norris (born March 10, 1940) is an American martial artist, action star and television and film actor who is known for action roles such as Cordell Walker on Walker, Texas Ranger, his iconically tough image and roundhouse kick.

Norris was born in Ryan, Oklahoma, the son of Wilma (née Scarberry) and Ray Norris, who was a mechanic, bus driver, and truck driver. Norris' paternal grandfather (an immigrant) and maternal grandmother were of Irish descent, while his paternal grandmother and maternal grandfather were Cherokee Native Americans. Norris was named after Carlos Berry, his father's minister. He has two younger brothers, Wieland (deceased) and Aaron (a Hollywood producer). When Norris was sixteen, his parents divorced, and he later relocated to Prairie Village, Kansas, and then to Torrance, California, with his mother and brothers. Norris describes his childhood as downbeat. He was nonathletic, shy, and scholastically mediocre. Other children taunted him about his mixed ethnicity, and Norris daydreamed about beating up his tormentors. Norris mentioned in his autobiography that his father had a very serious problem with drinking and "wasn't there" a lot for him growing up. Norris admitted that he loved his father but did not like him. However, he professed that he only felt pity for the man because "that was just how he was, and he missed so much."

He joined the United States Air Force as an Air Policeman (AP) in 1958 and was sent to Osan Air Base, South Korea. It was there that Norris acquired the nickname Chuck and began his training in Tang Soo Do (tangsudo), an interest that led to black belts in that art and the founding of the Chun Kuk Do ("Universal Way") form. He created the education associations United Fighting Arts Federation and "KickStart" (formerly "Kick Drugs Out of America"), a middle school and high school–based program intended to give at-risk children a focus point in life through the martial arts. When he returned to the United States, he continued to act as an AP at March Air Force Base, California. Norris was discharged in August 1962. He worked for the Northrop Corporation and opened a chain of karate schools, which Chad McQueen, Steve McQueen's son, attended.

FULL ARTICLE AT WIKIPEDIA.ORG
This article is licensed under the GNU Free Documentation License.
It uses material from the Wikipedia article "Chuck Norris."