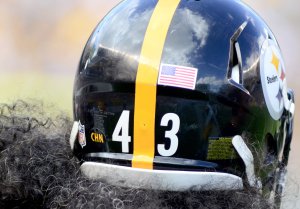 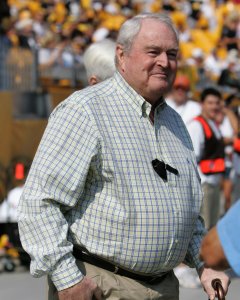 NFL // 3 years ago
Bradshaw: Steelers' Tomlin is 'not my kind of coach'
Former Pittsburgh Steelers quarterback Terry Bradshaw has been very public with his criticism of the team's current head coach Mike Tomlin over the last few years.

NFL // 4 years ago
New England Patriots gambled with danger of hanging on too long
Reports of the New England Patriots' palace intrigue have faded into the background since everyone involved was so quick to deny them, but the Patriots will be front and center again in the playoffs.

NFL // 5 years ago
Why New England Patriots' owner, coach, QB combo are the NFL's best ever
Football is often called "ultimate team game." But exactly what does that mean?

NFL // 5 years ago
Tom Brady, Bill Belichick look to burnish already stellar resumes
HOUSTON -- Super Bowl LI could become a coronation for one of the most accomplished power couples in the history of the sport.

Charles Henry Noll (born January 5, 1932) is a former professional American football player and coach. He served most notably as the head coach of the Pittsburgh Steelers of the National Football League from 1969 to 1991. Noll has more Super Bowl wins (4) than any other head coach in NFL history, and was elected to the Pro Football Hall of Fame in 1993.

Born in Cleveland, Ohio, Noll attended Benedictine High School where he played running back and tackle, winning All-State honors. He won a football scholarship to the University of Dayton. Noll was drafted by the Cleveland Browns in 1953, where he played until his retirement in 1959 at the age of 27.

Noll was an assistant coach for the San Diego Chargers and the Baltimore Colts before becoming the Pittsburgh Steelers head coach. He was the defensive coordinator of the Baltimore Colts (under head coach Don Shula) during their 13–1 season in 1968, in which the team set an NFL record of fewest points allowed (144). The 1968 Colts won the NFL championship by stomping the Cleveland Browns 34–0 in Cleveland, but the heavily favored Colts were shocked by the upstart AFL champion New York Jets, 16–7, in Super Bowl III at the Orange Bowl in Miami.

FULL ARTICLE AT WIKIPEDIA.ORG
This article is licensed under the GNU Free Documentation License.
It uses material from the Wikipedia article "Chuck Noll."