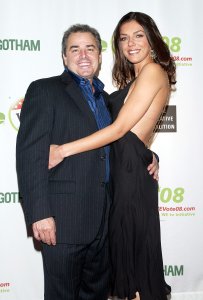 Top News // 3 months ago
The Almanac
On Nov. 7, 1919, on the second anniversary of the Russian Revolution, the first Palmer Raid results in the roundup of more than 10,000 suspected communists.

TV // 2 years ago
HGTV reunites 'Brady Bunch' stars at sitcom house
HGTV posted on Twitter a new photo of the stars of "The Brady Bunch" standing in front of their former sitcom home in Studio City, Calif.

Entertainment News // 4 years ago
'Brady Bunch' matriarch Florence Henderson dead at 82
Actress Florence Henderson died of heart failure in a Los Angeles hospital on Thursday, surrounded by her four children. She was 82.
TV // 6 years ago
'Love Boat' cast reunites for ship christening in Florida
Six of the original cast members of TV's "The Love Boat" served as the godparents at the christening of Princess Cruises' newest ship in Florida.
TV // 7 years ago
'Brady Bunch' reunion planned for 'The Talk'
The cast of "The Brady Bunch" will celebrate the 80th birthday of the classic sitcom's matriarch Florence Henderson on "The Talk" in Los Angeles, CBS said.
TV // 7 years ago
Shows mark 'Brady Bunch' reunion at Ohio amusement park
Barry Williams, Christopher Knight and Susan Olsen returned to the Ohio amusement park where they taped an episode of "The Brady Bunch" 40 years ago.

As a result of age-related changes in muscle and neurons, elderly people are often frustrated by poor control during precision tasks, and slowed physical responses contribute to more falls as people grow older

Christopher Anton Knight (born November 7, 1957) is an American actor best known for playing Peter Brady on the 1970s series, The Brady Bunch. He has since gone on to become a successful businessman and enjoyed a semi-resurgence in the public eye with television appearances in the 2000s. His father, Edward Knight, was also an actor. He is separated from reality television personality Adrianne Curry.

Since the end of his Brady Bunch appearances, Knight's acting career consisted mostly of making guest appearances on other television shows. He also helped create a Brady Bunch computer game and is involved in the IT industry, according to a TV Land documentary about the Brady Bunch.

He reunited with his former Brady costars the 1988 holiday television movie, A Very Brady Christmas.

FULL ARTICLE AT WIKIPEDIA.ORG
This article is licensed under the GNU Free Documentation License.
It uses material from the Wikipedia article "Christopher Knight."
Back to Article
/