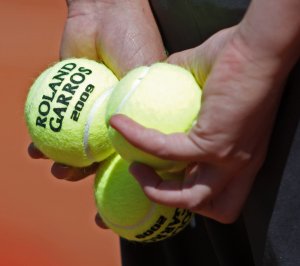 Christophe Rochus (born 15 December 1978, Namur) is a professional male tennis player from Belgium. He is the older brother of Olivier Rochus, also a tennis player. He reached the finals of two ATP tournaments: Valencia and Rotterdam but lost them both. In 2009 he reached the semi-final in Delray Beach where he lost to Russian Evgeny Korolev. In doubles he won two ATP titles with his brother Olivier. Chirstophe won five challenger tournaments. In 2009 Rochus announced that he would retire at the end of the next season.

FULL ARTICLE AT WIKIPEDIA.ORG
This article is licensed under the GNU Free Documentation License.
It uses material from the Wikipedia article "Christophe Rochus."
Back to Article
/