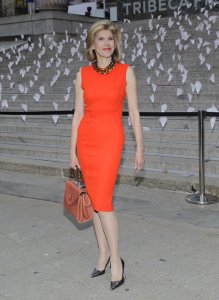 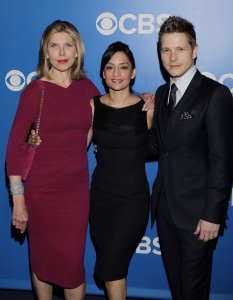 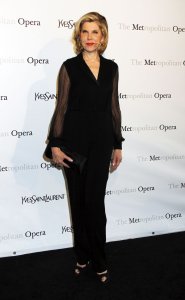 TV // 10 months ago
'The Good Fight': CBS All Access renews series for Season 5
"The Good Fight," starring Christine Baranski, will return for a fifth season but end Season 4 early due to the coronavirus pandemic.

TV // 1 year ago
'The Good Fight' Season 4 gets April premiere date
"The Good Fight" Season 4 will premiere on CBS All Access on April 9, the streaming service announced on Thursday.

TV // 1 year ago
Christine Baranski's 'Good Fight' moves from streaming to network
With new streaming services appearing almost daily, CBS All Access is engaged in a reversal of course with "The Good Fight."

I'm beginning to think we didn't do a very good job

It's actually fun to have played that kind of character

Christine Jane Baranski (born May 2, 1952) is an American stage and screen actress.

Baranski was born in Buffalo, New York, the daughter of Virginia (née Mazurowski) and Lucien Baranski, who edited a Polish-language newspaper. She is of Polish descent and her grandparents were actors in the Polish theater. Baranski attended Villa Maria Academy, after which she studied at Juilliard. She has been married to actor Matthew Cowles since 1983. They have two daughters.

Baranski made her Off-Broadway debut in Coming Attractions at Playwrights Horizons in 1980, and has appeared in several Off Broadway productions at the Manhattan Theatre Club, starting with Sally and Marsha in 1982.

FULL ARTICLE AT WIKIPEDIA.ORG
This article is licensed under the GNU Free Documentation License.
It uses material from the Wikipedia article "Christine Baranski."
Back to Article
/