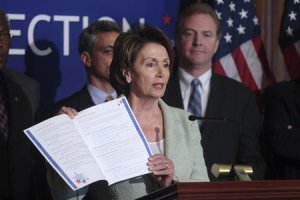 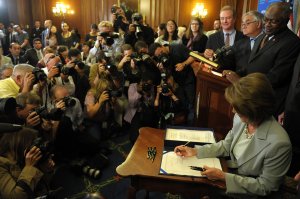 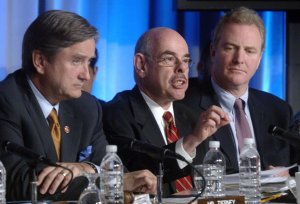 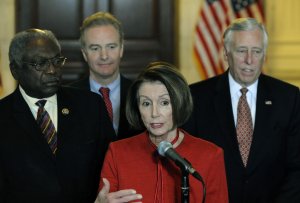 U.S. News // 2 months ago
Lawmakers pause for 8:46 to honor George Floyd, others at Capitol
Senate Democrats at the Capitol on Thursday honored George Floyd and two other black Americans who were recently killed with 8 minutes and 46 seconds of silence.

U.S. News // 2 months ago
Lawmakers urge Trump to cancel 'Salute to America' on July 4
A group of U.S. lawmakers have urged the Trump administration to drop plans for another "Salute to America" celebration in Washington, D.C., on the Fourth of July this year, saying it would be impossible to stage safely.

U.S. News // 7 months ago
Senators introduce resolution stressing Congress has not authorized war with Iran
Senators have introduced a bipartisan resolution underscoring that President Donald Trump does not have congressional authorization to pursue military action against Iran. 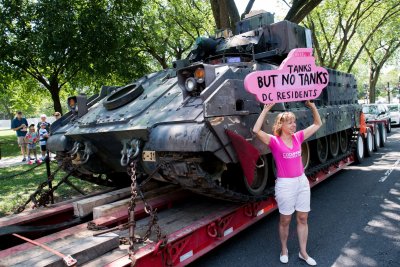 U.S. News // 1 year ago
Protests, security, Army tanks abound for July 4th celebrations
The Fourth of July celebration in Washington, D.C., will have greater military undertones this year -- with a number of tanks dotting the city for the national holiday Thursday.

U.S. News // 1 year ago
Intelligence community raises alarm on Turkey
Bolstered by a new threat assessment warning of the risk posed by Turkey's fraying relationship with the U.S., senators urge action to prevent a deeper strain.

To govern is to choose and it is not courageous to protect tax breaks for millionaires, oil companies and other big-money special interests while slashing our investments in education, ending the current healthcare guarantees for seniors on Medicare and denying healthcare coverage to tens of millions of Americans

Until people have a final product that they are able to look at and the Congressional Budget Office, our referee on budget issues, says whether or not this will do what the earlier bills did, then I think it's going to be hard to get people to commit

Christopher "Chris" Van Hollen, Jr. (born January 10, 1959) is the U.S. Representative for Maryland's 8th congressional district, serving since 2003. He is a member of the Democratic Party. The district includes most of Montgomery County, an affluent suburban county adjacent to Washington, D.C., as well as parts of Prince George's County, another Washington suburb.

Speaker Nancy Pelosi created a new leadership post, Assistant to the Speaker, in 2006 so that Van Hollen could be present at all leadership meetings. After the Democrats regained control of the House in the 2006 elections, Van Hollen became the chairman of the Democratic Congressional Campaign Committee, the fifth-ranking position among House Democrats. In this post, Van Hollen was responsible for leading efforts to get more Democrats elected to Congress.

After the Democratic losses in 2010, Van Hollen did not run for re-election to chair of the DCCC. Van Hollen instead chose to run for the top Democratic spot on the House Budget Committee, which was being vacated by outgoing chairman John Spratt who had been defeated for re-election. Van Hollen was elected as the ranking member on the Budget Committee on November 17, 2010. Pelosi appointed him to the 12-member bipartisan Committee on Deficit Reduction with a mandate for finding major budget reductions by late 2011.

FULL ARTICLE AT WIKIPEDIA.ORG
This article is licensed under the GNU Free Documentation License.
It uses material from the Wikipedia article "Chris Van Hollen."
Back to Article
/