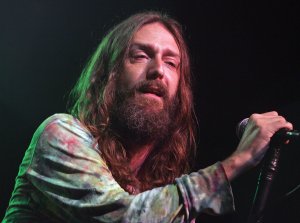 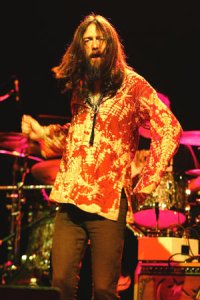 Entertainment News // 1 year ago
Kate Hudson spends 42nd birthday with family: 'What a joy to be together'
Kate Hudson shared photos from the Omakase dinner Goldie Hawn and Kurt Russell hosted for her birthday.

TV // 1 year ago
Usher says 'family' matters most during pandemic on 'Late Late Show'
Usher sat down with James Corden on "The Late Late Show" to discuss his upcoming baby and Las Vegas residency.

Entertainment News // 2 years ago
Kate Hudson on nearly dating Jimmy Fallon: 'I would have totally gone there'
Kate Hudson and Jimmy Fallon recalled how they almost dated on the set of the 2000 movie "Almost Famous."

Entertainment News // 2 years ago
Kate Hudson spends 41st birthday at home with family
Kate Hudson received breakfast in bed, well-wishes from celebrity pals and a surprise parade on her birthday.

Entertainment News // 2 years ago
Kate Hudson open to more kids: 'I don't know if I'm done yet'
Kate Hudson discussed her daughter, Rani, and the possibility of having more children during an interview with her brother Oliver Hudson.

Chris Robinson (born November 5, 1938, in West Palm Beach, Florida; sometimes credited as Christopher Robinson) is an actor who played Rick Webber #2 on General Hospital. He recently appeared on another soap opera, The Bold and the Beautiful as Jack Hamilton; the role ended in 2005.

Robinson was a young adult actor and stunt man and appeared in such films of the 1950s as Diary of a High School Bride and The Beast from Haunted Cave. In the 1960s he was Flight Engineer and top turret gunner Sgt. Sandy Komansky on 12 O-Clock High (TV series) in the last two seasons.

He is the father of Taylor Joseph Robinson, who also starred on The Bold and the Beautiful in the role as C.J. Garrison #3.

FULL ARTICLE AT WIKIPEDIA.ORG
This article is licensed under the GNU Free Documentation License.
It uses material from the Wikipedia article "Chris Robinson."