Music // 2 months ago
Grammys 2021: How to watch, what to expect
The 63rd annual Grammy Awards, which recognizes excellence in music, is airing live Sunday from Los Angeles. 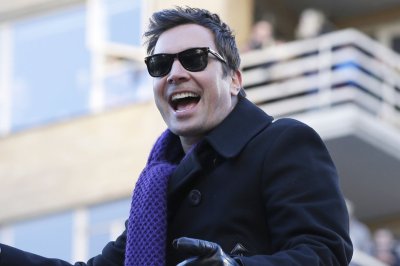 MLB // 6 months ago
NLCS: Dodgers beat Braves in Game 7, advance to World Series
The Los Angeles Dodgers completed their comeback with a 4-3 win over the Atlanta Braves in Game 7 of the NL Championship Series on Sunday night at Globe Life Field in Arlington, Texas.

Till then go pick on Apple, Satchel and Moon Unit

I wouldn't agree with you there at all, no. I'd say you're journalistically twisting me into saying something I don't really mean

He sent me these beautiful chords for this song called 'Beach Chair,

I'm not supposed to go to sleep apparently because every time I go to sleep, they get away, so I am not going to sleep for the next 25 years

Christopher Anthony John "Chris" Martin (born 2 March 1977) is an English singer-songwriter, who is the lead vocalist, pianist and rhythm guitarist of the band Coldplay. He is married to actress Gwyneth Paltrow.

Chris Martin was born in Exeter, Devon, England and is the eldest of five children. His father, Anthony Martin, is a retired accountant, and his mother, Alison Martin, is a music teacher. Martin started his education at the pre-preparatory Hylton School and then went on to preparatory Exeter Cathedral School. It was at the prep school that Martin formed his first band, The Rocking Honkies, with Nick Repton & Iwan Gronow. Their debut performance was met with boos from the crowd. After Exeter Cathedral, Martin boarded at Sherborne School, a boys' independent school in Dorset. He also met future Coldplay manager Phil Harvey at the school. Martin continued his studies at University College London, staying at Ramsay Hall where he read Ancient World Studies and graduated with First Class honours in Greek and Latin. It is here he met future Coldplay bandmates Jonny Buckland, Will Champion and Guy Berryman

While studying at University College London, Martin met Jonny Buckland, Will Champion and Guy Berryman. In January 1998, they formed the rock band Coldplay. The band has had internationally recognised fame and success since their debut album, Parachutes, in 2000. Since then, they have released several further albums/EP's including: A Rush of Blood to the Head, Live 2003, X&Y, Viva la Vida or Death and All His Friends, and Prospekt's March.

FULL ARTICLE AT WIKIPEDIA.ORG
This article is licensed under the GNU Free Documentation License.
It uses material from the Wikipedia article "Chris Martin."
Back to Article
/