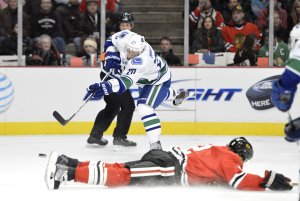 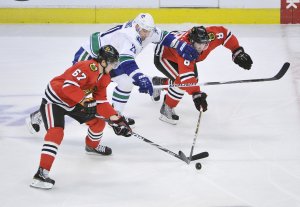 U.S. News // 6 years ago
Denver International Airport screeners fired for allegedly groping male passengers
The investigation into an alleged groping scheme by two TSA agents has been reactivated after victims went to police.

Chris Higgins (born 1955) is, since April 2007, the Vice-Chancellor of Durham University. He was previously the director of the MRC Clinical Sciences Centre and Head of Division in the Faculty of Medicine at Imperial College London.

Professor Higgins studied at the Royal College of Music, then converted to botany, graduating with a PhD from the University of Durham in 1979. Working at UC Berkeley, and the University of Dundee, his focus turned to genetics and cell biology. He was later appointed Nuffield Professor of Clinical Biochemistry at Oxford. He has published over 200 papers in cell biology and genetics and since 2000 he has been recognised by the Institute for Scientific Information (ISI) as a 'Most Highly Cited' author. Further awards have been the CIBA Medal, Fleming Prize, and a Howard Hughes International Scholarship along with election to Fellow of the European Molecular Biology Organization, the Royal Society of Edinburgh, the Royal Society of Arts and the Academy of Medical Sciences.

Alongside his academic success, Professor Higgins has also served as a scientific advisor for the House of Lords Select Committee on Stem Cell Research and advisor to the House of Commons Select Committee on Science and Technology. At present Professor Higgins is the chair of the Spongiform Encephalopathy Advisory Committee, International Review Panel, DKFZ (German National Cancer Centre, Heidelberg) and a trustee of the Kennedy Institute for Rheumatology.

FULL ARTICLE AT WIKIPEDIA.ORG
This article is licensed under the GNU Free Documentation License.
It uses material from the Wikipedia article "Chris Higgins."
Back to Article
/