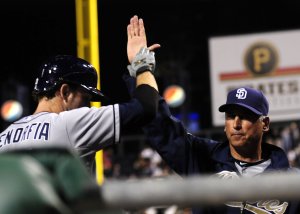 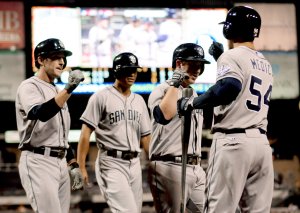 MLB // 5 years ago
Chicago Cubs: Is a World Series trip in the cards in 2016?
The first payoff of the long Chicago Cubs rebuild arrived exactly one year earlier than expected.

Sports News // 5 years ago
Chicago Cubs set for Pittsburgh after beating Milwaukee Brewers
MILWAUKEE -- The Chicago Cubs wrapped up the 2015 regular season on a high note Sunday, finishing off a three-game sweep of the Milwaukee Brewers with a 3-1 victory at Miller Park.

Sports News // 5 years ago
Chris Denorfia's walkoff homer in 11th lifts Chicago Cubs past Kansas City Royals
CHICAGO -- Chris Denorfia and the Cubs once again displayed a flair for the dramatic on Monday. 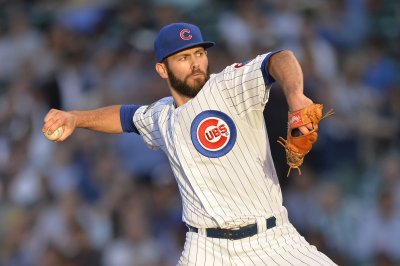 A graduate of Wheaton College in Massachusetts, Denorfia was the Cincinnati Reds 19th round pick in the 2002 MLB Draft. Is a graduate of Choate Rosemary Hall.

Chris reached the major leagues with the Reds in 2005. He also saw time with Cincinnati in 2006. Denorfia had Tommy John surgery on his right elbow in March of 2007 after tearing a ligament during an exhibition game.

FULL ARTICLE AT WIKIPEDIA.ORG
This article is licensed under the GNU Free Documentation License.
It uses material from the Wikipedia article "Chris Denorfia."
Back to Article
/