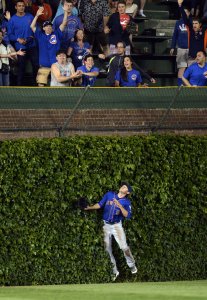 MLB // 4 years ago
Bobblehead jinx over as Josh Donaldson leads Toronto Blue Jays past New York Yankees
TORONTO -- Josh Donaldson said he usually has not done well on the bobblehead days he has had before.

MLB // 4 years ago
Toronto Blue Jays outfielder flashes catch of the year nominee
Centerfielder Kevin Pillar ran at the outfield fence and dove over the warning track for one of the best catches of the year at Toronto's Rogers Centre.

MLB // 4 years ago
Jays' Coghlan scores best run in recent MLB memory
Third baseman Chris Coghlan upstaged one of baseball's best catchers Tuesday when he jumped over him to score at Busch Stadium. 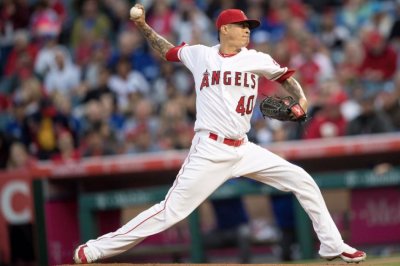 Christopher B. Coghlan (born June 18, 1985, in Palm Harbor, Florida) is a Major League Baseball outfielder for the Florida Marlins.

Since joining the Marlins organization, Coghlan has played for the Gulf Coast Marlins (Rookie level), the Jamestown Jammers (Low-A), the Greensboro Grasshoppers (A), the Jupiter Hammerheads (High-A), the Carolina Mudcats (Double-A) and the New Orleans Zephyrs (Triple-A). Much of his time in the minors was spent switching positions from his college position of third baseman to second baseman, and eventually left fielder upon being called up to the Florida Marlins.

FULL ARTICLE AT WIKIPEDIA.ORG
This article is licensed under the GNU Free Documentation License.
It uses material from the Wikipedia article "Chris Coghlan."
Back to Article
/