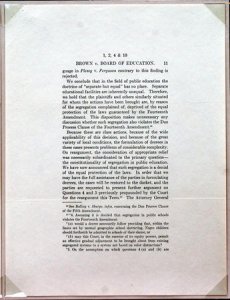 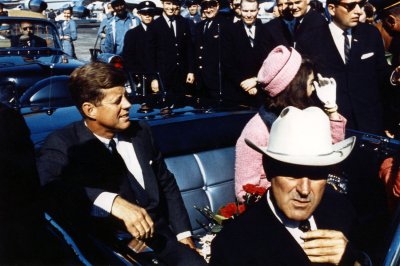 Top News // 3 years ago
The Almanac
On March 19, 1916, eight Curtiss JN-3 "Jenny" airplanes with the First Aero Squadron took off from Columbus, N.M., to aid troops that had invaded Mexico in pursuit of the bandit Pancho Villa. It was the first U.S. air combat mission in history.
Technology // 6 years ago
Warren Commission report on JFK shooting now online
The 900-page report by the Warren Commission on the assassination of President John F. Kennedy has been posted online, the Government Printing Office says.
U.S. News // 6 years ago
The Issue: The Kennedy assassination -- did the mob do it?
It's been nearly 50 years since bullets were fired at the presidential motorcade as it wended its way through Dealey Plaza in Dallas, killing U.S. President John F. Kennedy and spawning decades of speculation on whether Lee Harvey Oswald acted alone or was part of -- or victim of -- a conspiracy with tentacles in Havana, Washington and perhaps Moscow.
U.S. News // 7 years ago
Under the U.S. Supreme Court: Future of 'stop-and-frisk' may be dim
The fate of New York City's "stop and frisk" police program might be something of a morality play for the rest of the United States. How much freedom are U.S. citizens willing to give up in the name of security?
U.S. News // 7 years ago
Under the U.S.Supreme Court: Dzhokhar Tsarnaev entitled to a lawyer?
The FBI and the rest of a crack U.S. interrogation team wanted to question the remaining marathon bombing suspect in his Boston hospital room without his lawyer because of what they fear: undiscovered explosive devices that could still kill and possible accomplices who might decide to carry out more terror.
U.S. News // 7 years ago
First black U.S. Supreme Court page dies
Charles V. Bush, the first black to serve as a U.S. Supreme Court page, and one of the first black Air Force Academy graduates, has died in Montana. He was 72.

Earl Warren (March 19, 1891– July 9, 1974) was the 14th Chief Justice of the United States and the only person elected Governor of California three times. Before holding these positions, Warren served as a district attorney for Alameda County, California and Attorney General of California.

His tenure as California governor and Chief Justice was marked by extreme contrast. As governor of California, Warren was very popular across party lines, so much so that in the 1946 gubernatorial election he won the nominations of the Democratic, Progressive, and Republican parties. His tenure as Chief Justice was as divisive as his governorship was unifying. Liberals generally hailed the landmark rulings issued by the Warren Court which affected, among other things, the legal status of racial segregation, civil rights, separation of church and state, and police arrest procedure in the United States. But conservatives decried the Court's rulings, particularly in areas affecting criminal proceedings. In the years that followed, the Warren Court became recognized as a high point in the use of judicial power in the effort to effect social progress in the United States. Warren himself became widely regarded as one of the most influential Supreme Court justices in the history of the United States and perhaps the single most important jurist of the 20th century.

In addition to the constitutional offices he held, Warren was also the vice-presidential nominee of the Republican Party in 1948, and chaired the Warren Commission, which was formed to investigate the 1963 assassination of President John F. Kennedy.

FULL ARTICLE AT WIKIPEDIA.ORG
This article is licensed under the GNU Free Documentation License.
It uses material from the Wikipedia article "Earl Warren."
Back to Article
/