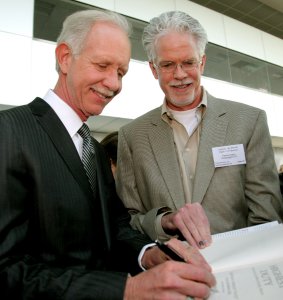 Top News // 2 years ago
On This Day: Boston Molasses Disaster kills 21
On Jan. 15, 1919, 21 people were killed when a vat holding 2.3 million gallons of molasses exploded and sent torrents of the syrup into the streets of Boston.

Top News // 4 years ago
The Almanac
On Jan. 15, 1919, 21 people were killed and scores injured when a vat holding 2.3 million gallons of molasses exploded and sent torrents of the syrup into the streets of Boston.

Chesley Burnett "Sully" Sullenberger III (born January 23, 1951) is an American airline transport pilot (ATP), safety expert, and accident investigator from Danville, California. Sullenberger rose to fame when he successfully ditched US Airways Flight 1549 in the Hudson River off Manhattan, New York City, on January 15, 2009, saving the lives of all 155 people on the aircraft.

He is the author of Highest Duty, a memoir of his life and of the events surrounding Flight 1549, published in 2009 by HarperCollins. He was ranked second in TIME Magazine's Top 100 Most Influential Heroes and Icons of 2009.

FULL ARTICLE AT WIKIPEDIA.ORG
This article is licensed under the GNU Free Documentation License.
It uses material from the Wikipedia article "Chesley Sullenberger."
Back to Article
/