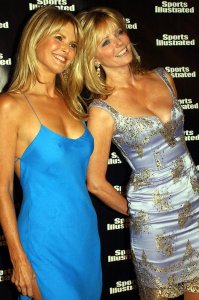 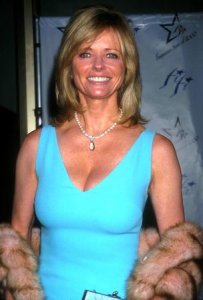 Top News // 5 years ago
The Almanac
On Sept. 25, 1934, District Attorney Samuel Foley announced that the case against Bruno Hauptmann for the Lindbergh kidnapping was ironclad, and that "final proof" had been found.

TV // 5 years ago
'Sharknado: The 4th Awakens' is to debut on Syfy on July 31
Syfy and The Asylum on Friday revealed the official title and premiere date for the next installment in their "Sharknado" creature-feature franchise.

Tiegs was born in Breckenridge, Minnesota but raised in Alhambra, California, and she graduated from Alhambra High School in 1965. She also attended the California State University, Los Angeles and became a little sister to the Sigma Alpha Epsilon fraternity. By the time she was 17 years old, she appeared on the cover of Glamour magazine. Other covers followed, including Harper's Bazar, ELLE, Time, and Vogue.

She is best known for her long-running affiliation with the Sports Illustrated Swimsuit Issue, which featured her on the cover in 1970, 1975, and 1983. The 1978 poster of her in a pink bikini became an iconic 1970s pop culture image.

FULL ARTICLE AT WIKIPEDIA.ORG
This article is licensed under the GNU Free Documentation License.
It uses material from the Wikipedia article "Cheryl Tiegs."