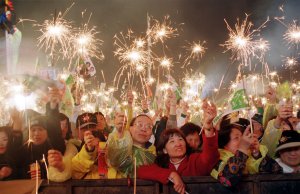 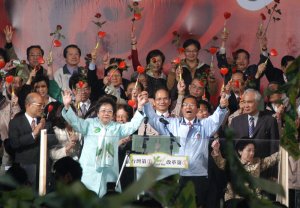 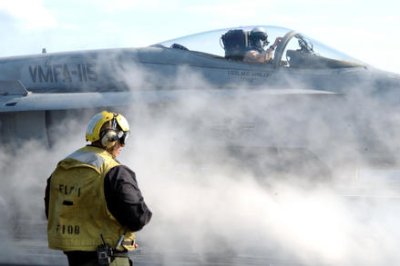 World News // 4 years ago
China presses U.S. to reject Taiwanese delegation to inauguration
China issued a warning after Taiwan announced a group of lawmakers are planning to attend the inauguration of U.S. President-elect Donald Trump.

The SIP prosecutors abused their right to arrest Chen despite his innocence and to negotiate with Jeffrey Koo Jr. in Japan although he is guilty

Chen is a visitor, but instead of allowing him to sit in the living room, they asked him to stay in the restroom in the far corner

Our parties may not see eye to eye on everything, but we must agree on this: the Democratic Progressive Party is not your enemy, but the party on the other side of the Taiwan Strait is

Despite their inferior equipment, the (Chinese) troops fought the Japanese bravely and regarded death as a natural ending in an endeavor to safeguard the nation and the territory

I hope he can come to see for himself whether Taiwan is a sovereign, independent country, and what our 23 million people have in mind

Chen Shui-bian (traditional Chinese: 陳水扁; simplified Chinese: 陈水扁; pinyin: Chén Shuǐbiǎn; Taiwanese: Tân Chúi-píⁿ; born October 12, 1950) is a former Taiwanese politician who was the 10th and 11th-term President of the Republic of China from 2000 to 2008. Chen, whose Democratic Progressive Party (DPP) has traditionally been supportive of Taiwan independence, ended more than fifty years of Kuomintang (KMT) rule in Taiwan. He is colloquially referred to as A-Bian (阿扁; Ābiǎn; Taiwanese: 阿扁仔 A-píⁿ-à).

Chen entered politics in 1980 as a lawyer during the Kaohsiung Incident, Chen entered politics as a member of the Tangwai movement and was elected to the Taipei City Council in 1981. Chen was jailed in 1985 for libel as the editor of the weekly pro-democracy magazine Neo-Formosa, following publication of an article critical of Elmer Feng, a college philosophy professor who was later elected a Kuomintang legislator. After being released, Chen helped found the DPP in 1986 and was elected a member of the Legislative Yuan in 1989, and Mayor of Taipei in 1994.

Chen won the 2000 presidential election on March 18 with 39% of the vote as a result of a split of factions within the Kuomintang, when James Soong ran for the presidency as an independent against the party nominee Lien Chan, becoming the only non-member of the Kuomintang to hold the office of president. Although Chen received high approval ratings during the first few weeks of his term, his popularity sharply dropped due to alleged corruption within the Chen administration and the inability to pass legislation against the opposition KMT, who controlled the Legislative Yuan. In 2004, he won reelection by a narrow margin after surviving a shooting while campaigning the day before the election. The incident was widely suspected as politically staged, and investigations into the incident was inconclusive.

FULL ARTICLE AT WIKIPEDIA.ORG
This article is licensed under the GNU Free Documentation License.
It uses material from the Wikipedia article "Chen Shui-bian."
Back to Article
/