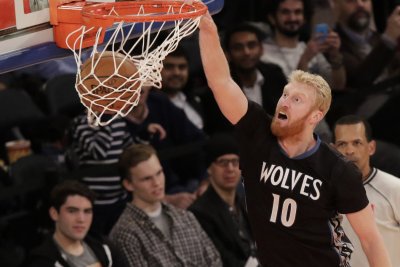 Chase Andrew Budinger (born May 22, 1988 in Encinitas, California) is an American basketball player who currently plays for the Houston Rockets of the National Basketball Association. Budinger was the 44th pick in 2009 NBA Draft with the Detroit Pistons and was then dealt on draft night to the Houston Rockets.

Budinger chose to sign with Arizona after being recommended by now-retired head scout Patrick Van Reijendam, although he also received offers from many other schools, including USC and UCLA. He averaged 15.6 points in his freshman season, starting all 30 games for the Wildcats. At the conclusion of the season he announced that he planned to stay with Arizona for his sophomore season, despite speculation that he could be picked early in the NBA draft. However, he later announced that he would declare for the NBA Draft and not hire an agent. He was projected as a mid-first round draft pick by most NBA draft analysts. However, on the final day of the deadline for pulling out of the early entry list, Budinger opted not to remain in the draft and returned to school instead.

FULL ARTICLE AT WIKIPEDIA.ORG
This article is licensed under the GNU Free Documentation License.
It uses material from the Wikipedia article "Chase Budinger."
Back to Article
/