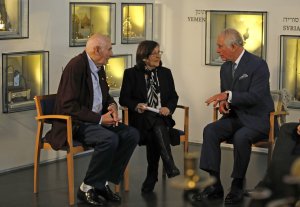 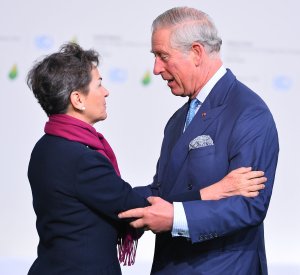 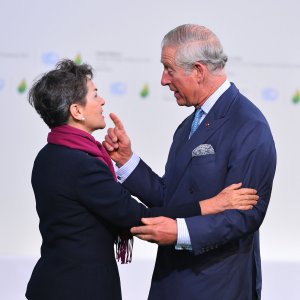 Health News // 2 years ago
Most cyclists suffering head injuries not wearing helmets, study shows
Only about one in five U.S. adults and one in 10 children and teens who suffered head and neck injuries in cycling crashes said they wore a helmet, a new study finds.

World News // 4 years ago
American wins Nobel Prize for work on behavioral economics
The 2017 Nobel Prize in Economic Sciences was awarded to an American for his work in integrating economics and psychology.
Science News // 8 years ago
Measuring a tree's carbon footprint
A new study more accurately calculates the economic and environmental costs and benefits of planting trees.
U.S. News // 9 years ago
Two suspected of arson in Virginia
A couple, charged with arson, are suspected of involvement in up to 77 arson incidents since November on Virginia's Eastern Shore, police said.
Top News // 1 decade ago
McCain could name running mate soon
Aides to Sen. John McCain, R-Ariz., indicate the likely Republican U.S. presidential candidate may select a running mate before the Summer Olympics in Beijing.
Business News // 1 decade ago
Former president of Wiley & Sons dies
Charles R. Ellis, who was credited with bringing publishing house John Wiley & Sons back to fiscal health in the 1990s died May 4 in Paris.
Business News // 1 decade ago
Greenspan defends his record
Former U.S. Federal Reserve Chairman Alan Greenspan said he has "no regrets" concerning his economic policies.
Top News // 1 decade ago
Proposed immigration rules altered
Top U.S. officials have altered proposed illegal immigration regulations in an attempt to satisfy a federal judge's ruling on the employment initiative.
Top News // 1 decade ago
Pigs departing posh Chicago suburb
A woman who kept three large pigs in one of Chicago's toniest suburbs is facing a foreclosure sale of her 138-year-old mansion.

In terms of institutional investors, when the vote is counted it will be split down the middle

With the stalled economy and in the aftermath of Sept. 11, Verizon's first full year of operation has been one of unprecedented challenge. Still -- through the steadfast commitment, skill and experience of Verizon employees -- we have continued to focus on execution and on the industry-leading profitability of our businesses

Charles Robert Schwab, Jr. (born July 29, 1937) is the founder and CEO of the Charles Schwab Corporation.

On the 2008 Forbes 400 list, Schwab is listed as the 55th richest person in the United States with a fortune of approximately $6.2 billion.

Schwab was born in Sacramento, California, and attended school at Holy Rosary Academy in Woodland, California. Schwab is dyslexic but did not know he had the disorder until he was 40, and had no interest in it until he learned his son was dyslexic. One of the aims of the Charles and Helen Schwab Foundation is to assist children with the disorder.

FULL ARTICLE AT WIKIPEDIA.ORG
This article is licensed under the GNU Free Documentation License.
It uses material from the Wikipedia article "Charles R.."