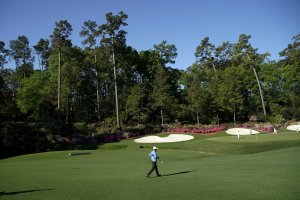 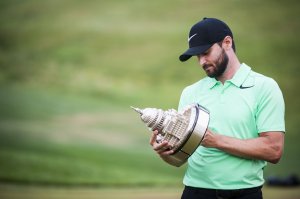 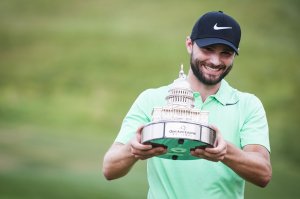 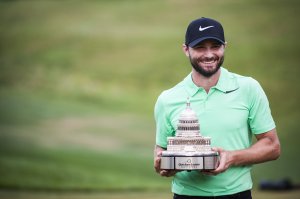 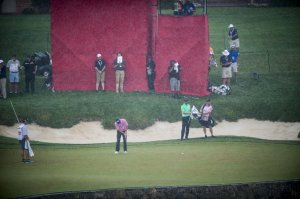 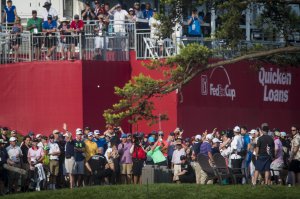 Sports News // 11 months ago
Michael Thompson wins 3M Open for second PGA Tour victory
Michael Thompson birdied two of his final three holes Sunday for a 4-under 67 and a two-shot win over Adam Long in the 3M Open at TPC Twin Cities in Blaine, Minn. 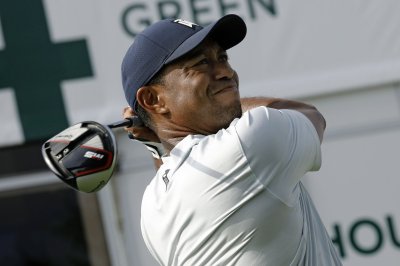 Sports News // 1 year ago
Memorial Tournament: Tony Finau leads by one shot, Tiger Woods in the hunt
Tony Finau finished with seven birdies over his final 10 holes in Thursday's opening round of the Memorial Tournament to grab a one-shot lead at Muirfield Village Golf Course in Dublin, Ohio. 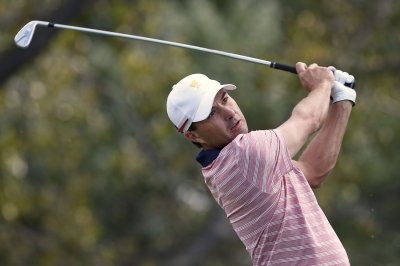 Golf // 3 years ago
2017 CJ Cup at Nine Bridges: FedExCup champion Justin Thomas off to fast start
Justin Thomas made two eagles during a 9-under-par 63 round to open up a three-stroke lead after Thursday's opening round of the CJ Cup at Nine Bridges in Jeju, South Korea.
Sports News // 4 years ago
PGA: Patrick Rodgers holds two-shot lead at John Deere Classic
Patrick Rodgers carded a 3-under-par 68 on Saturday to maintain his two-stroke lead through three rounds of the John Deere Classic at Silvis, Ill. 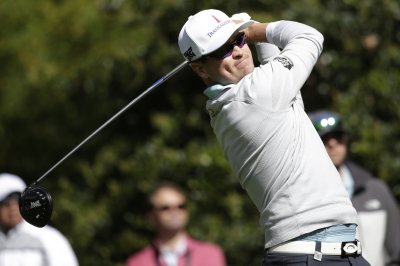 Sports News // 4 years ago
Patrick Rodgers leads by two at John Deer Classic
Patrick Rodgers fired a 7-under-par 64 on Friday to take a two-shot lead after the second round of the John Deere Classic at TPC Deere Run in Silvis, Ill.

Charles Gordon Howell III (born June 20, 1979) is an American golfer. He has been featured in the top 15 of the Official World Golf Rankings.

Howell was born and raised in Augusta, Georgia, the home town of the Masters Tournament. He was a member of Augusta Country Club, which is adjacent to Amen Corner at Augusta National Golf Club. Howell graduated from Westminster Schools of Augusta, and soon after attended Oklahoma State University. In 2000, he was a member of the winning team and also the individual winner at the NCAA Division I Golf Championships with a record-setting 23-under-par performance. Also in 2000, he won the Haskins Award honoring the most outstanding collegiate golfer in the United States.

Howell only played in three professional events as an amateur. At the age of 17 Howell participated in his first PGA Tour event. He entered the Buick Challenge but missed the cut. The next year he missed the cut at the Canon Greater Hartford Open. Howell finished in a tie for second at the BUY.COM Greensboro Open on the Nationwide Tour. At the time it was the best finish by an amateur in a Nationwide Tour event.

FULL ARTICLE AT WIKIPEDIA.ORG
This article is licensed under the GNU Free Documentation License.
It uses material from the Wikipedia article "Charles Howell III."
Back to Article
/