Movies // 5 months ago
Vinnie Jones: Making 'The Big Ugly' was 'a Cinderella story'
Vinnie Jones, Malcolm McDowell and Leven Rambin discuss making "The Big Ugly," which Jones produced and is on VOD Friday. 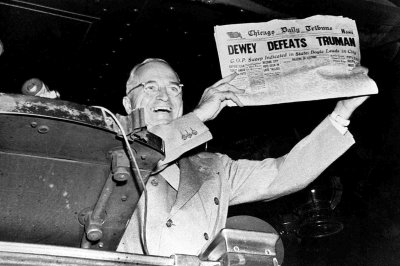 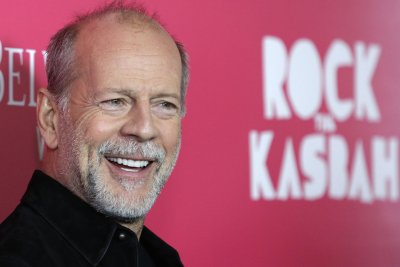 Outside View // 5 years ago
True gun lovers are serious about safety -- and about who gets to carry
As a veteran, I own guns. I like my guns. But I don't trust crazy folks or untrained amateurs with them.
Movies // 6 years ago
Denzel Washington in talks for 'Magnificent Seven' remake
Denzel Washington and "Training Day" director Antoine Fuqua may reunite on a "Magnificent Seven" remake.
Odd News // 7 years ago
The almanac
UPI Almanac for Sunday, Nov. 3, 2013.

This is peak harvest season for many Florida crops, so damage at this time could have significant consequences stretching far outside Florida's borders

I was shocked to see acre upon acre of unharvested tomatoes

Charles Bronson (November 3, 1921 – August 30, 2003) was an American actor best known for his "tough guy" image, who starred in such classic films as Once Upon a Time in the West, The Magnificent Seven, The Dirty Dozen, The Great Escape, Mr. Majestyk, The Mechanic, and the popular Death Wish series. He was most often cast in the role of a police officer or gunfighter, often in revenge plot lines.

Bronson's first film role was as a Polish sailor in You're in the Navy Now in 1951, he also made several appearances on television in the 1950s and 1960s. Bronson was nominated for an Emmy Award for his supporting role in a TV episode with the title "Memory in White". In the 1970s he became one of the top ten box-office stars. He made films in many genres including crime, western and others.

Bronson was born Charles Dennis Buchinski (some sources note that he was born as Karolis Bučinskis, Casimir Businskis) in Ehrenfeld, Pennsylvania in the Pittsburgh Tri-State area. During the McCarthy hearings he changed his last name to Bronson as all Slavic names were suspect.

FULL ARTICLE AT WIKIPEDIA.ORG
This article is licensed under the GNU Free Documentation License.
It uses material from the Wikipedia article "Charles Bronson."
Back to Article
/