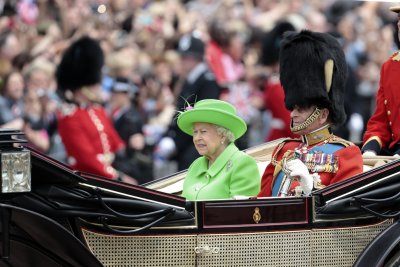 Entertainment News // 2 years ago
Queen Elizabeth shares first Instagram post during museum visit
Queen Elizabeth marked the opening of the Smith Centre at the Science Museum by posting photos of a letter from Charles Babbage to Prince Albert.

Top News // 4 years ago
The Almanac
On Dec. 26, 1908, Jack Johnson, with a 14th-round KO of Tommy Burns in Australia, became the first African-American to win the world heavyweight boxing title.

Charles Babbage, FRS (26 December 1791 – 18 October 1871) was an English mathematician, philosopher, inventor, and mechanical engineer who originated the concept of a programmable computer. Parts of his uncompleted mechanisms are on display in the London Science Museum. In 1991, a perfectly functioning difference engine was constructed from Babbage's original plans. Built to tolerances achievable in the 19th century, the success of the finished engine indicated that Babbage's machine would have worked. Nine years later, the Science Museum completed the printer Babbage had designed for the difference engine, an astonishingly complex device for the 19th century. Considered a "father of the computer", Babbage is credited with inventing the first mechanical computer that eventually led to more complex designs.

Babbage's birthplace is disputed, but he was most likely born at 44 Crosby Row, Walworth Road, London, England. A blue plaque on the junction of Larcom Street and Walworth Road commemorates the event.

His date of birth was given in his obituary in The Times as 26 December 1792. However after the obituary appeared, a nephew wrote to say that Charles Babbage was born one year earlier, in 1791. The parish register of St. Mary's Newington, London, shows that Babbage was baptised on 6 January 1792, supporting a birth year of 1791.

FULL ARTICLE AT WIKIPEDIA.ORG
This article is licensed under the GNU Free Documentation License.
It uses material from the Wikipedia article "Charles Babbage."
Back to Article
/