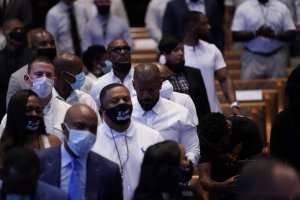 Movies // 4 days ago
What to binge: 5 movies to watch after 'Senior Year'
"Night School," "Billy Madison" and "Never Been Kissed" are a few films about adults returning to school to watch after Netflix's "Senior Year."

Movies // 2 months ago
Movie review: 'The Lost City' loses its way but not its charm
'The Lost City' shows signs of rushing and second-guessing, but it is enough fun to provide an entertaining time with Sandra Bullock and Channing Tatum.

Channing Matthew Tatum (born April 26, 1980) is an American actor and film producer. He began his career as a fashion model and appearing in television commercials for Pepsi and Mountain Dew before turning to film roles. He made his feature film debut in the sports drama, Coach Carter (2005), and had a supporting role in She's the Man (2006), before landing a leading role in Step Up (2006). He has also appeared in Fighting (2009), Public Enemies (2009), G.I. Joe: The Rise of Cobra (2009), and Dear John (2010).

Channing Tatum was born in Cullman, Alabama, the son of Kay, an airline worker, and Glenn Tatum, who worked in construction. His ancestry includes Irish, French, and Native American. Tatum's family moved to Mississippi when he was six, and he grew up in the bayous near the Mississippi River, where he enjoyed a rural existence.

Tatum was athletic while growing up, playing football, soccer, track, baseball, and performing martial arts; he has said that "girls were always biggest distraction in school." As a child, he practiced kung fu. Tatum spent most of his teenage years in the Tampa, Florida area and initially attended Gaither High School before going to Tampa Catholic High School. He graduated in 1998 and was voted most athletic. Afterward, Tatum was awarded a football scholarship to Glenville State College in Glenville, West Virginia, but he turned it down. He returned home and started working odd jobs. US Weekly reported that around this time Tatum began working as an exotic dancer at a local nightclub, under the name "Chan Crawford." In 2010, he told an Australian newspaper that he would like to make a movie about his experiences as a stripper, saying, "I've already got the director picked out. I'd like Nicolas Refn, who did the movie Bronson, to do it because he's insane for it." He later moved to Miami, where he was discovered on the street by a model talent scout.

FULL ARTICLE AT WIKIPEDIA.ORG
This article is licensed under the GNU Free Documentation License.
It uses material from the Wikipedia article "Channing Tatum."