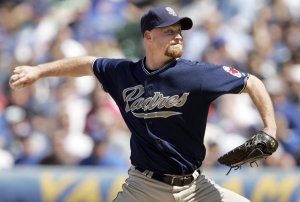 Gaudin was selected by the Tampa Bay Devil Rays right out of high school in the 34th round (1009th overall pick) of the 2001 Major League Baseball Draft. He signed on August 23, 2001, and did not play professionally until 2002. He played in Single-A in 2002 and recorded a 2.26 ERA which ranked him 10th in all of minor league baseball.

FULL ARTICLE AT WIKIPEDIA.ORG
This article is licensed under the GNU Free Documentation License.
It uses material from the Wikipedia article "Chad Gaudin."
Back to Article
/