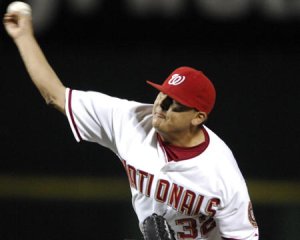 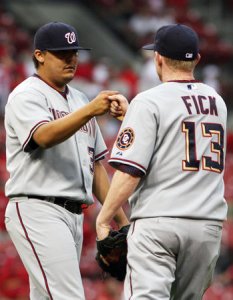 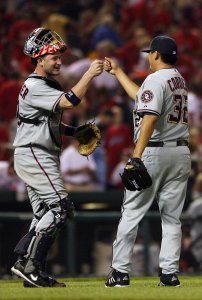 Chad Patrick Cordero (born March 18, 1982 in Upland, California) is a right-handed relief pitcher for the Seattle Mariners. He broke into the big league ranks with the Montreal Expos. During the period of 2005 - 2007 he racked up 113 saves, second most in the National League behind Trevor Hoffman's 131

At age 18, Cordero was drafted by the San Diego Padres in the 26th round of the 2000 draft, but he chose to enroll at Cal State Fullerton, where he was a standout reliever. With an ERA of under 1.83 he made the 1st team All-America Freshman team and was selected to the Big West All-Conference team, the latter of which he repeated in each of his next two years. In 2003, he was the Fullerton Regional MVP (College World Series), and then was drafted by the Expos in the 1st round (20th overall).

FULL ARTICLE AT WIKIPEDIA.ORG
This article is licensed under the GNU Free Documentation License.
It uses material from the Wikipedia article "Chad Cordero."
Back to Article
/