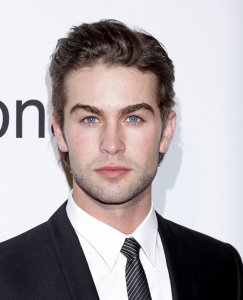 TV // 2 months ago
'The Boys' is getting a spinoff at Amazon
Amazon and Sony Pictures Television have announced they are working on a spinoff to their comic-book adaptation, "The Boys."

Entertainment News // 2 months ago
What to stream this weekend: 'Mulan,' 'The Boys' Season 2
Disney releases its live-action version of "Mulan" through Disney+ for an extra price, "The Boys" return to Amazon for Season 2 and "Power" continues with a sequel series on Starz this weekend.

TV // 2 months ago
Giancarlo Esposito: 'The Boys' Season 2 will 'blow your mind'
Giancarlo Esposito said he joined the cast of "The Boys" because the darkly comic, action-packed epic is an "illuminating" show that reflects some of what he sees in real-life society.

TV // 11 months ago
Blood, action are plentiful in 'Boys' Season 2 teaser
Amazon has released its first teaser for Season 2 of the Amazon comic adaptation "The Boys."

TV // 1 year ago
'Timeless' stars join 'The Boys' Season 2 ensemble
Several cast members from the canceled sci-fi series "Timeless" have joined the Season 2 ensemble of the superhero satire "The Boys."

TV // 1 year ago
Five teen dramas to watch after 'Euphoria'
"Euphoria" fans can look forward to the "Gossip Girl" reboot, "Riverdale" spinoff "Katy Keene," "Looking for Alaska" and new seasons of "13 Reasons Why" and "Elite."

TV // 1 year ago
Chace Crawford on 'Gossip Girl' reboot: 'I could maybe come back'
Chace Crawford said on "Watch What Happens Live" he is open to appearing on HBO Max's upcoming reboot of "Gossip Girl."

TV // 1 year ago
Amazon renews 'Boys' for Season 2 before Season 1 premiere
Amazon Prime Video said it has ordered a second season of its superhero drama, "The Boys."

Christopher Chace Crawford (born July 18, 1985) is an American actor. He plays the role of Nate Archibald in Gossip Girl on The CW.

Crawford was born in Lubbock and raised in Plano, Texas. His father, Chris, is a dermatologist, and his mother, Dana, is a teacher. He also has a younger sister, former beauty queen Candice Crawford. He lived in Bloomington, Minnesota for four years and then graduated high school from Trinity Christian Academy. After high school, he moved to Malibu, California, to attend Pepperdine University, where he studied broadcast journalism. He struggled to identify a career path, vacillating among advertising, business, and communications majors.

In 2007, Crawford landed the role of Nate Archibald on The CW's Gossip Girl.

FULL ARTICLE AT WIKIPEDIA.ORG
This article is licensed under the GNU Free Documentation License.
It uses material from the Wikipedia article "Chace Crawford."
Back to Article
/