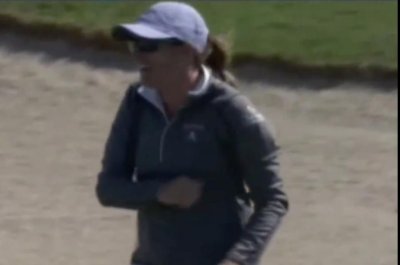 Sports News // 4 years ago
Three tied for lead at Bahamas LPGA event
The crowd at the top of leaderboard at the Pure Silk-Bahamas LPGA Classic went from seven players in the first round to three after two rounds.
Sports News // 6 years ago
Park increases lead in women's world rankings
Inbee Park outdueled Suzann Pettersen in China this Sunday to increase her lead atop this week's world rankings.
Sports News // 6 years ago
Anna Nordqvist climbs to No. 14 in women's golf rankings
Anna Nordqvist's third career LPGA victory pushes her to 14th and third-place finisher Catriona Matthew returns to No. 10 in the women's world golf rankings.

Catriona Isobel Matthew (née Lambert) MBE (born 25 August 1969) is a Scottish professional golfer who plays mainly on the U.S. based LPGA Tour and is also a member of the Ladies European Tour.

Catriona Lambert was born in Edinburgh, and grew up in North Berwick. She learned to play golf on the Children's Course and North Berwick West Links in the town. She had a successful junior and amateur career, becoming Scottish Girls champion in 1986 and Scottish Under-21 Stroke Play champion in 1988 and 1989. She captured the Scottish Amateur title in 1991, 1993 and 1994, and the British Amateur title in 1993. She is also a two time winner of the St Rule Trophy played at St. Andrews. She was a member of the 1990, 1992 and 1994 Great Britain & Ireland Curtis Cup teams. She graduated from the University of Stirling in 1992 having studied accountancy, this being one of a few British universities offering golf scholarships.

Matthew qualified for the LPGA Tour by tying for fifth at the 1994 LPGA Final Qualifying Tournament to earn exempt status for the 1995 season. She soon established herself on the Tour, and her best seasons were 2001 and 2005, when she finished tenth on the money list.

FULL ARTICLE AT WIKIPEDIA.ORG
This article is licensed under the GNU Free Documentation License.
It uses material from the Wikipedia article "Catriona Matthew."
Back to Article
/