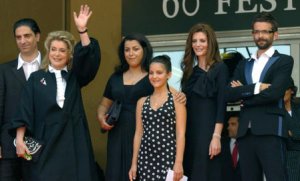 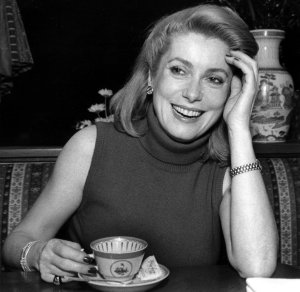 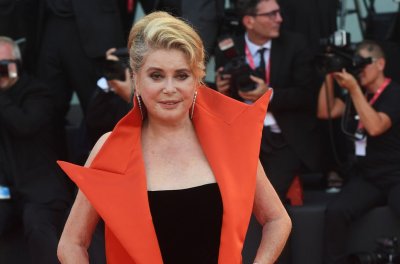 If I had known that these notebooks would one day be published I would never have written them. The problem with a book is that you never know who will get their hands on it

It's very unusual you know to work only with actresses. I can't think of any other experience close to that

Catherine Deneuve born 'Catherine Dorléac' (French IPA: , born 22 October 1943) is a French actress. She gained recognition for her portrayal of aloof and mysterious beauties in films such as Repulsion (1965) and Belle de jour (1967). Deneuve was nominated for an Academy Award for Best Actress in 1993 for her performances in Indochine; she also won César Awards for that film and The Last Metro (1980). Considered one of France's most successful actresses, she has also appeared in seven English-language films, most notably the 1983 cult classic The Hunger. In 2008, she appeared in her 100th film, Un conte de Noël.

Deneuve was born Catherine Fabienne Dorléac in Paris, as the third of four daughters to French stage and screen actor Maurice Dorléac and actress Renée Deneuve. Deneuve was raised Catholic. Her three sisters are actress Françoise Dorléac (who died in a car crash on 26 June 1967), Sylvie Dorléac and Danielle Dorléac.

Deneuve made her film debut with a small role in Les Collégiennes (1957). She subsequently appeared in films directed by Roger Vadim, such as Vice and Virtue (1963). The film that brought her to stardom was Jacques Demy's 1964 musical Les Parapluies de Cherbourg, which led to additional prominent roles in Roman Polanski's Repulsion (1965) and Luis Buñuel's Belle de Jour (1967). In the Polanski film, Deneuve first portrayed the character archetype for which she would be nicknamed the "ice maiden", an emotionally distant and mysterious woman; her work for Buñuel would be her most famous. Deneuve remained active in European films throughout the 1960s and 70s, but limited her appearances in American movies of the period to The April Fools (1969) and Hustle (1975). Her significant films at the time included the musical Les Demoiselles de Rochefort (1967) with her sister Françoise Dorléac and Tristana (1970) directed by Buñuel. She co-starred with a young Jodie Foster in Casotto (1977).

FULL ARTICLE AT WIKIPEDIA.ORG
This article is licensed under the GNU Free Documentation License.
It uses material from the Wikipedia article "Catherine Deneuve."
Back to Article
/