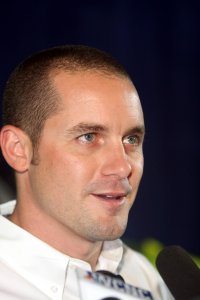 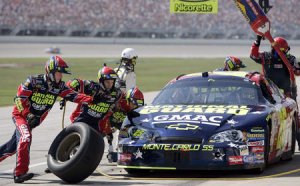 Casey James Mears (born March 12, 1978 in Bakersfield, California) is the driver of the #07 Jack Daniel's Chevrolet Impala SS in the NASCAR Sprint Cup Series for Richard Childress Racing. He is the nephew of four time Indianapolis 500 winner Rick Mears and the son of Indy and off-road veteran Roger Mears.

After racing in go-karts for a season in 1991, Mears began competing in the SuperLites Off-Road Series in 1992 where he posted several top-three finishes. He moved to sprint cars in 1994 and finished third in the Jim Russell USAC Triple Crown Championship, with a win at Mesa Marin Raceway. The next season, he won the championship in the USAC series.

FULL ARTICLE AT WIKIPEDIA.ORG
This article is licensed under the GNU Free Documentation License.
It uses material from the Wikipedia article "Casey Mears."
Back to Article
/