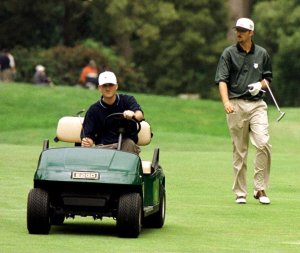 Odd News // 2 years ago
Man arrested for spanking Florida police horse's backside
Police in Florida said they arrested a man who walked up behind a mounted officer and slapped his police horse on the hindquarters. 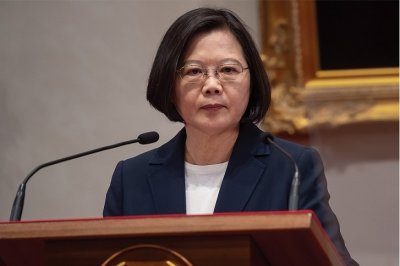 Martin was born in Eugene, Oregon and still resides there. He was educated at Stanford University, and was briefly a teammate of Tiger Woods. He was a three-time all Pac-10 and was a member of the University's NCAA Championship team in 1994. He won the 1993 Sahalee Players Championship. He turned professional in 1995.

Martin suffers from a birth defect in his right leg known as Klippel Trenaunay Weber syndrome. Martin successfully sued the PGA Tour in 2001 for the right to use a golf cart during competition under the Americans with Disabilities Act. Among the attorneys representing him was Martha Lee Walters a 2006 appointee to the Oregon Supreme Court. During the years that the suit wound through the courts, he enjoyed limited success on the golf course, and throughout, was permitted to use a golf cart. In 1998, he won a Nike Tour event, the Lakeland Classic, in a playoff, thus assuring himself of remaining on the tour the following year and securing a five-year exemption from the first round of Qualifying School (Q-School), the competition whereby golfers seek to secure places on both the PGA Tour and the Nike Tour (later the Buy.com Tour, and now the Nationwide Tour), the second-level competition. Also in 1998, he attained a career highlight by finishing tied for 23rd at the U.S. Open, and briefly contending for the lead before falling back.

FULL ARTICLE AT WIKIPEDIA.ORG
This article is licensed under the GNU Free Documentation License.
It uses material from the Wikipedia article "Casey Martin."
Back to Article
/