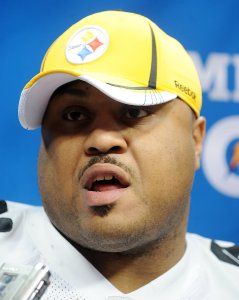 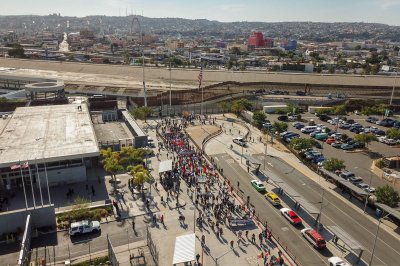 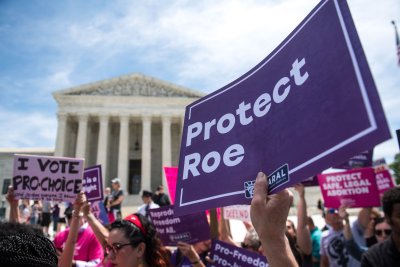 Casey Hampton, Jr. (born September 3, 1977 in Galveston, Texas) is an American football nose tackle who currently plays for the Pittsburgh Steelers of the National Football League.

Hampton attended Ball High School in Galveston, Texas and was a letterman in football. He was twice named as the District's Defensive Player of the Year, and as a senior, he was a Class 5A All-State first team selection. His Ball High jersey number (#63) was retired at a dinner and parade on April 6, 2009. Hampton is the only football player in school history to receive such an honor.

Hampton, #64 , attended the University of Texas and started 37 consecutive games for the Longhorns. He became the first defensive lineman to lead the team in tackles two consecutive seasons (1999-2000) and recorded 329 tackles (177 solos) to rank 11th on the school's all-time list. Hampton registered 56 quarterback pressures and caused nine fumbles in his college career and earned All-American first-team honors as a senior from The Football Writers Association, The Sporting News, Walter Camp and The Sports Xchange. As a Texas Longhorn, he was also consensus All-Big 12 Conference first-team selection and Defensive Player of the Year. Hampton was an All-America first-team selection by the Football Writers Association and Associated Press as a junior in 1999. In 1998 he was named the team's Most Consistent Defensive Player and started every game. That season, he recorded 60 tackles (29 solos) with two sacks and eight stops for losses and registered six quarterback pressures, five pass deflections and recovered one fumble. He also appeared in three games in 1997 before being granted a medical redshirt but played in every game as a true freshman in 1996, starting six at nose guard and recorded 77 tackles (51 solos), one sack and seven stops for losses. In his freshman season he also had three quarterback pressures and a forced fumble. Hampton majored in history.

FULL ARTICLE AT WIKIPEDIA.ORG
This article is licensed under the GNU Free Documentation License.
It uses material from the Wikipedia article "Casey Hampton."
Back to Article
/