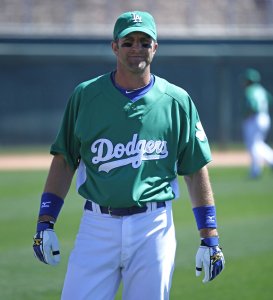 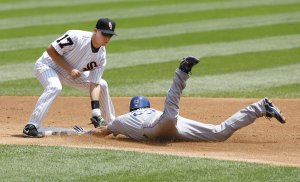 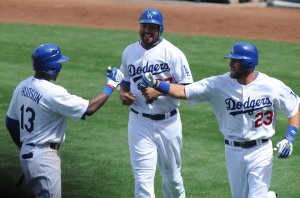 Blake previously played with the Toronto Blue Jays, Minnesota Twins, Baltimore Orioles, and Cleveland Indians. He has alternated between playing at third base and first base before becoming a full-time third baseman with the Indians. In 2005, Blake moved to right field to accommodate the Indians' signing of third baseman Aaron Boone, but stayed there for only two seasons before moving back to third base.

Blake was drafted twice prior to signing with the Blue Jays: in 1992, he was taken during the 11th round by the Philadelphia Phillies and in 1995, he was taken by the New York Yankees during the 45th round.

FULL ARTICLE AT WIKIPEDIA.ORG
This article is licensed under the GNU Free Documentation License.
It uses material from the Wikipedia article "Casey Blake."
Back to Article
/