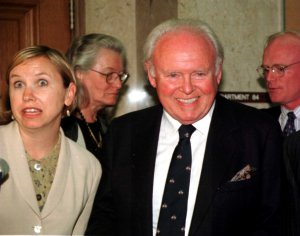 TV // 1 year ago
Jimmy Kimmel to host TV tribute to 'All in the Family,' 'Jeffersons'
Woody Harrelson, Marisa Tomei, Jamie Foxx and Wanda Sykes will recreate episodes of the Norman Lear series "All in the Family" and "The Jeffersons." 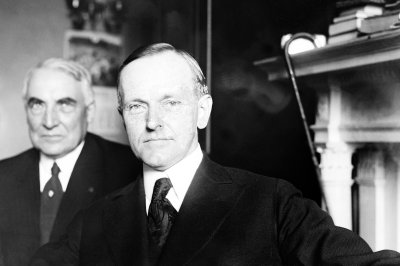 John Carroll O'Connor (August 2, 1924 – June 21, 2001) best known as Carroll O'Connor, was an American actor, producer and director whose television career spanned four decades. Known at first for playing the role of Major General Colt in the 1970 movie, Kelly's Heroes, he later found fame as the bigoted working man Archie Bunker, the main character in the 1970s CBS television sitcoms All in the Family (1971 to 1979) and Archie Bunker's Place (1979 to 1983). O'Connor later starred in the NBC television crime drama In the Heat of the Night from 1988 to 1995, where he played the role of southern Police Chief William (Bill) Gillespie. At the end of his career in the late 1990s, he played the father of Jamie Stemple Buchman (Helen Hunt) on Mad About You.

O'Connor, an Irish American, was the eldest of three sons born in Manhattan, New York, to Elise Patricia and Edward Joseph O'Connor, who was a New York City lawyer. Both of his brothers were doctors: Hugh, who died in a motorcycle accident in 1961, and Robert, a psychiatrist in New York City. O'Connor spent much of his youth in Elmhurst and Forest Hills, Queens, in the same borough in which his character Archie Bunker would later live. In 1941 O'Connor enrolled at Wake Forest University in North Carolina, but dropped out when the United States entered World War II. During World War II he was rejected by the United States Navy and instead enrolled in the United States Merchant Marine Academy for a short time. He left that institution, however, and became a merchant seaman.

O'Connor attended the University of Montana-Missoula where he met Nancy Fields, who would later become his wife. He also worked at the Montana Kaimin student newspaper as an editor. At the U of M, O'Connor joined Sigma Phi Epsilon Fraternity. At that time, however, O'Connor did not take any drama courses as an undergraduate. O'Connor later left U of M to help his younger brother Hugh get into medical school in Ireland, where he completed his studies at the University College Dublin. It was there that he began acting in Theatre.

FULL ARTICLE AT WIKIPEDIA.ORG
This article is licensed under the GNU Free Documentation License.
It uses material from the Wikipedia article "Carroll O'Connor."
Back to Article
/