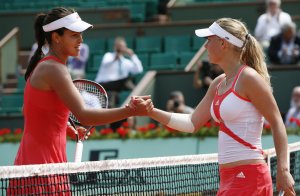 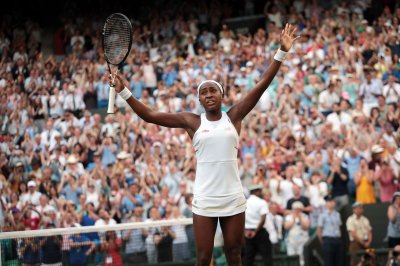 Elena started really strong. I didn't get enough depth on my groundstrokes, but in the beginning of the second set I pressed a little harder

Caroline Wozniacki (born 11 July 1990) is a Danish professional tennis player. She is the current World No. 1 on the WTA Tour. As of 29 August 2011, she has held this position for 46 weeks. She is the first Danish tennis player to hold the top ranking position and 20th overall.

Wozniacki is the daughter of Polish immigrants, Piotr and Anna Wozniacki. Her mother played on the Polish women's national volleyball team, and her father played professional football. The couple moved to Denmark when Piotr signed for the Danish football club Boldklubben 1909. Wozniacki's older brother Patrik is a professional footballer for Hvidovre IF in Denmark.

FULL ARTICLE AT WIKIPEDIA.ORG
This article is licensed under the GNU Free Documentation License.
It uses material from the Wikipedia article "Caroline Wozniacki."
Back to Article
/