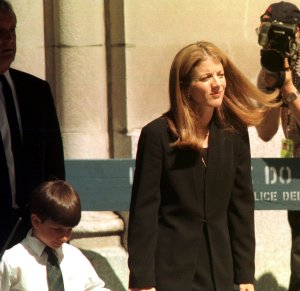 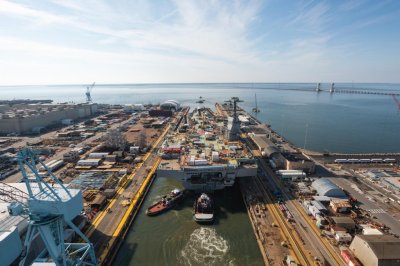 Defense News // 2 months ago
HII launches USS John F. Kennedy ahead of further construction, testing
Huntington Ingalls Industries launched the USS John F. Kennedy into the James River for the first time on Monday, moving it from dry dock to a pier for additional outfitting and testing.

Entertainment News // 4 months ago
Carly Simon: Jackie Kennedy was drawn to my 'free spirit'
Carly Simon discussed her friendship with Jackie Kennedy on "Today" following the release of her book "Touched by the Sun."

World News // 3 years ago
U.S. returns 10,000 acres of Okinawa to Japan
U.S. Forces Japan announced the formal ceding of some of its territory on Okinawa to Japan, while protesters remained unimpressed.

Top News // 3 years ago
The Almanac
On Nov. 27, 2009, Tiger Woods was treated and released at a hospital after his car slammed into a fire hydrant and tree near his home in suburban Orlando, Fla. Police said Woods was unconscious and they were told his wife smashed a window with a golf club to pull him from the car.

World News // 3 years ago
U.S., Japan agree to ease restrictions on fuel, ammunition to U.S. troops
An agreement between the United States and Japan has been amended to allow Tokyo's self-defense forces to provide ammunition. 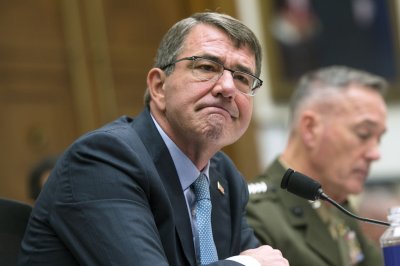 I'm really coming into this as somebody who isn't, you know, part of the system, who obviously, you know, stands for the values of, you know, the Democratic Party

I come at this as a mother, as a lawyer, as an author, as an education advocate and from a family that really has spent generations in public service

Sometimes it takes a while to recognize that someone has a special ability to get us to believe in ourselves, to tie that belief to our highest ideals and imagine that together we can do great things

Caroline Bouvier Kennedy (born November 27, 1957) is an American author and attorney. She is a member of the influential American Kennedy family and the only surviving child of U.S. President John F. Kennedy and First Lady Jacqueline Bouvier Kennedy.

At the time of her father's presidency she was a young child; after his assassination in 1963, her family settled in the Upper East Side of Manhattan, where she attended school. Kennedy graduated from Radcliffe College and worked at New York City's Metropolitan Museum of Art, where she met her future husband, exhibit designer Edwin Schlossberg. She went on to receive a J.D. degree from Columbia Law School. Kennedy's professional life has spanned law and politics as well as education and charitable work. She has also acted as a spokesperson for her family's legacy and co-authored two books on civil liberties with Ellen Alderman.

In the 2008 presidential election, Kennedy endorsed Democratic candidate Barack Obama for President early in the primary race; she later stumped for him in Orlando, Indiana, and Ohio, served as co-chair of his Vice Presidential Search Committee, and addressed the 2008 Democratic National Convention in Denver. After Obama's selection of then-Senator Hillary Clinton as Secretary of State, Kennedy expressed interest in being appointed to Clinton's vacant Senate seat from New York, but she later withdrew from consideration, citing "personal reasons."

FULL ARTICLE AT WIKIPEDIA.ORG
This article is licensed under the GNU Free Documentation License.
It uses material from the Wikipedia article "Caroline Kennedy Schlossberg."
Back to Article
/