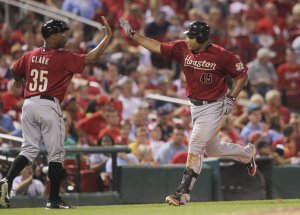 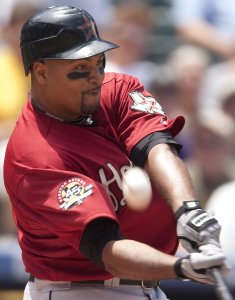 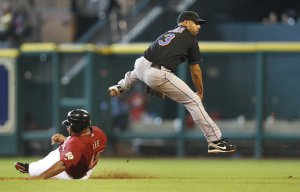 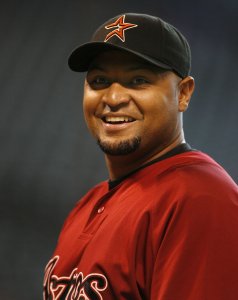 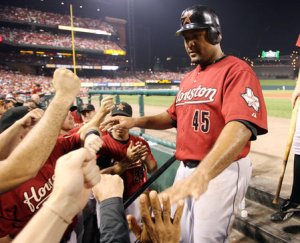 Carlos Noriel Lee (born June 20, 1976, in Aguadulce, Panama) is a left fielder in Major League Baseball who plays for the Houston Astros. He bats and throws right-handed.

He is married and has two daughters, Cassandra and Karla and a son, named Karlos. Lee owns and operates cattle ranches in Aguadulce and Houston. His brother, also named Carlos, played professional baseball in the Milwaukee Brewers' minor league system.

Lee made his major league debut with the Chicago White Sox on May 7, 1999, hitting a home run in his first Major League at-bat. He would remain in the White Sox organization until being traded to the Milwaukee Brewers in exchange for outfielder Scott Podsednik and pitcher Luis Vizcaino.

FULL ARTICLE AT WIKIPEDIA.ORG
This article is licensed under the GNU Free Documentation License.
It uses material from the Wikipedia article "Carlos Lee."