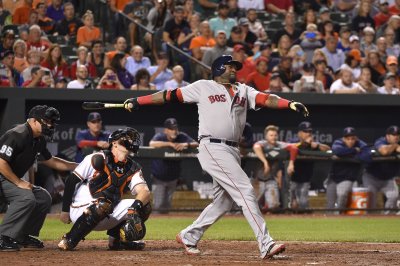 If your home currently has a blue tarp, it is not safe

Carlos Alvarez Vasquez Rodriguez Ubieta (born April 1, 1950) is a former American college football player who was an All-American wide receiver for the University of Florida from 1969 to 1971.

Alvarez was born in Cuba in 1950, the youngest of Licinio and Isola Alvarez's three sons. Alvarez's father Licinio had been a successful lawyer in Cuba, but his parents fled to the United States to escape Fidel Castro's communist revolution in 1960, when Alvarez was a 10-year-old boy. He was raised in Miami, Florida and attended North Miami Senior High School in North Miami, where he was an all-county high school football player for the North Miami Pioneers. Alvarez was the Pioneers' star halfback who could run and catch, and was touted by the local newspapers as the best back in Dade County—on offense and defense. On at least two occasions, he played all forty-eight minutes of a high school game, playing on both offense and defense. He was highly recruited by multiple universities, including the hometown University of Miami and the University of Florida, but he ultimately chose Florida where his older brothers Arturo and Cesar were already enrolled. Alvarez graduated from North Miami in 1968.

After graduating from high school, Alvarez received an athletic scholarship to attend the University of Florida in Gainesville, Florida, and played for coach Ray Graves and coach Doug Dickey's Florida Gators football teams from 1969 to 1971. During Graves' final season as Florida's head coach in 1969, Alvarez was one of several talented second-year Gators known as the "Super Sophs" who led the team to its then all-time best record of 9–1–1. At the close of his sophomore season, he was honored as a first-team All-Southeastern Conference (SEC) selection and a consensus first-team All-American, and he caught a nine-yard touchdown pass to provide the Gators' margin of victory in their 14–13 upset of the Tennessee Volunteers in the 1969 Gator Bowl. Alvarez was known for his speed on the football field, and the media dubbed him the "Cuban Comet." He was also the Gators' leading receiver in 1970 and 1971, marking three straight seasons as the Gators' top offensive weapon. Alvarez was also a first-team Academic All-American in 1969 and a second-team Academic All-American in 1970 and 1971.

FULL ARTICLE AT WIKIPEDIA.ORG
This article is licensed under the GNU Free Documentation License.
It uses material from the Wikipedia article "Carlos Alvarez."
Back to Article
/