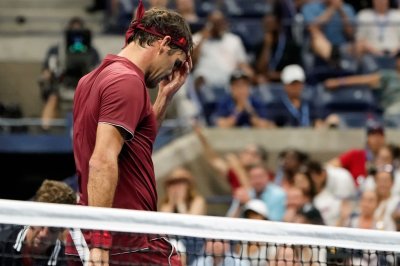 Tennis // 3 years ago
Hometown hero Maria Sharapova ousted in 2017 Kremlin Cup opener
Maria Sharapova's bid for a second title in as many weeks ended abruptly on Tuesday with a loss to eighth-seeded Magdalena Rybarikova in the opening round of the Kremlin Cup in Moscow. 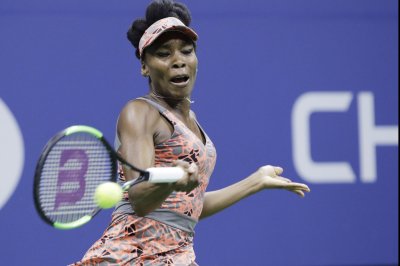 Tennis // 3 years ago
U.S. Open tennis: Venus Williams survives, advances
Venus Williams became an aunt earlier Friday and then left Arthur Ashe Stadium a winner later in the day by delivering a 6-3, 6-4 victory over Maria Sakkari of Greece to advance to the fourth round of the U.S. Open in New York. 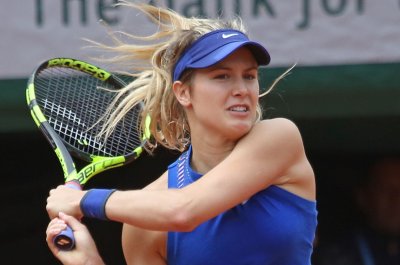 Tennis // 3 years ago
"Extra motivated" Eugenie Bouchard dispatches Maria Sharapova in Madrid
Eugenie Bouchard was highly critical of Maria Sharapova's return to tennis after a 15-month doping ban and she was animated Monday after knocking off the Russian 7-5, 2-6, 6-4 in a second-round match at the Madrid Open.

At the French Open, Suárez Navarro reached the singles quarterfinals in her first Grand Slam main draw tournament. After she won three qualifying matches, she defeated former World No. 1 Amélie Mauresmo of France in the second round 6–3, 6–4, Australian Casey Dellacqua in the third round, and 26th-seeded Italian Flavia Pennetta in the fourth round 6–3, 6–2. Suárez Navarro then lost to third-seeded Jelena Janković in the quarterfinals 6–3, 6–2.

At Wimbledon, Suárez Navarro lost to second-seeded Janković in the second round 6–1, 6–3.

FULL ARTICLE AT WIKIPEDIA.ORG
This article is licensed under the GNU Free Documentation License.
It uses material from the Wikipedia article "Carla Suarez Navarro."
Back to Article
/