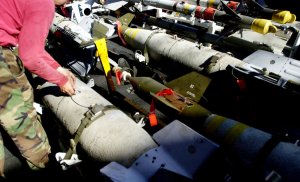 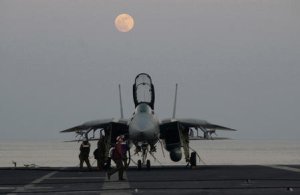 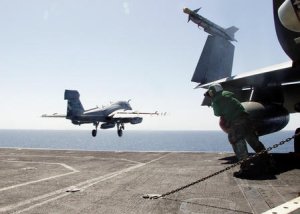 Defense News // 9 months ago
2 sailors assigned to USS Nimitz test positive for COVID-19
The Navy is preparing to deploy the USS Nimitz this month despite the fact that at least two sailors on the aircraft carrier have tested positive for the novel coronavirus. 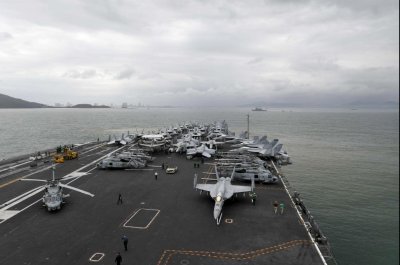 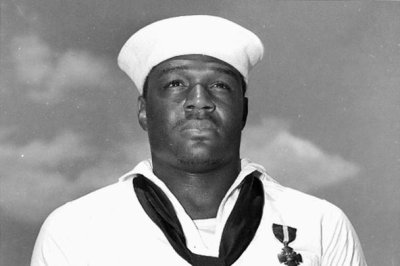 Defense News // 1 year ago
Stennis headed to Norfolk for upgrades, part of three-carrier location swap
The USS John Stennis is scheduled to arrive in its new home port, Norfolk, Va., for a mid-life refueling complex overhaul on Thursday as part of a three-ship fleet swap.

Defense News // 1 year ago
U.S. Navy declares F-35C ready for combat
The U.S. Navy has declared the F-35C Joint Strike Fighter combat-ready -- the last of the three military branches to reach the status.

Defense News // 1 year ago
GenDyn awarded $34.3M for repair, alteration of USS Vinson
General Dynamics has been awarded a $34.3 million contract for repair and alteration for the USS Carl Vinson as part of a dry-docking planned incremental availability. 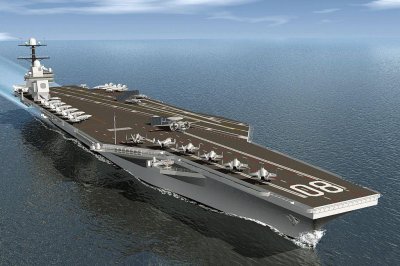 Vinson was born in Baldwin County, Georgia, attended Georgia Military College, and graduated with a law degree from Mercer University in 1902. He was elected to the Georgia House of Representatives in 1908. After losing a third term following redistricting, he was appointed judge of the Baldwin County court, but following the sudden death of Senator Augustus Bacon, Representative Thomas W. Hardwick of Georgia's 10th Congressional District was nominated to fill Bacon's Senate seat and Vinson announced his candidacy for Hardwick's seat in Congress. Vinson won over three opponents. He was the youngest member of Congress when he was sworn in on November 3, 1914.

Vinson served as a Representative from November 3, 1914, to January 3, 1965. During his tenure in the U.S. House, Vinson was a champion for national defense and especially the U.S. Navy and the U.S. Marine Corps. He joined the House Naval Affairs Committee shortly after World War I and became the ranking Democratic member in the early 1920s. He was the only Democrat appointed to the Morrow Board, which reviewed the status of aviation in America in the mid-1920s. In 1931, Vinson became chairman of the House Naval Affairs Committee. In 1934, he helped push the Vinson-Trammell Act, along with Senator Park Trammell of Florida. The bill authorized new warships as they were required by the age limits of the naval limitation treaties (Washington, 1922 and London, 1930) and appropriations to build the USN to its Treaty limits. This was necessary as during the previous Administration, not a single major warship was laid down and the US Navy was both aging and losing ground to the Japanese Navy, which would repudiate the Treaties in late 1934. He later was primarily responsible for additional naval expansion legislation, the Second Vinson Act of 1938 and the Third Vinson Act of 1940, as well as the Two-Ocean Navy Act of 1940. The ambitious program called for by this series of laws helped the U.S. Navy as the country entered World War II, as new ships were able to immediately match the latest ships from Japan.

FULL ARTICLE AT WIKIPEDIA.ORG
This article is licensed under the GNU Free Documentation License.
It uses material from the Wikipedia article "Carl Vinson."
Back to Article
/