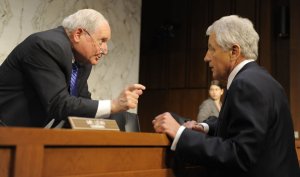 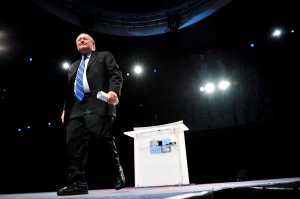 U.S. News // 1 year ago
Longtime former U.S. Sen. Carl Levin dies at 87 after battle with cancer
Carl Levin, who spent more than three decades in the U.S. Senate and was Michigan's longest-serving senator, has died after a battle with lung cancer. He was 87.

Opinion // 6 years ago
Panama Papers show how easy it is to finance terror using U.S. shell companies
Why is it that high net worth individuals from around the world went to Panama to hide their money and none of them are Americans?

U.S. News // 7 years ago
Bill to protect Great Lakes from Asian carp introduced in House
Three members of Congress, all from lakeside states, have put forward legislation that would ramp up the Great Lakes defense against Asian carp invasion.
U.S. News // 7 years ago
Goldman Sachs spars with U.S. Senate over aluminum prices
Representatives from Goldman Sachs butted heads with members of the U.S. Senate over accusations the company manipulated prices in the aluminum markets.
U.S. News // 7 years ago
Republicans got big cash infusion for Senate races in Sept.
The Republican National Senatorial Committee still has a smaller war chest than its Democratic counterpart, in spite of a huge pickup in September.
Energy News // 8 years ago
Senate leaders want more Russian sanctions
In light of Russia's stance on the crash of the Malaysia Airlines plane, three U.S. Senators said broader sanctions on Russia's energy sector are warranted.
U.S. News // 8 years ago
Senators divided over appropriate response to ISIS in Iraq
Senators came away from a classified briefing on the Pentagon's plans to deal with the takeover of Iraq by terrorists without many answers on the way forward.

They took a program called SERE, totally distorted it, and put it to a purpose it was never intended to be put

The decision of the administration to impose an additional set of requirements, and then waive them for this nominee, does not change the standards to which we hold all nominees

We are going to continue to put pressure on the Pakistanis

I think it has to be done in the right way, which is to get a buy-in from the military, which I think is now possible

I think it's really wrong for the former vice president of the United States to be talking as he did about the president dithering, because the president needs to reach the right decision

Carl Milton Levin (born June 28, 1934) is a United States Senator from Michigan, serving since 1979. He is the Chairman of the Senate Committee on Armed Services. He is a member of the Democratic Party.

He has been Michigan's senior senator since 1995. He has served as a U.S. Senator longer than any Senator in Michigan history. He was elected to a sixth term in 2008, which will end in January 2015. He is the younger brother of U.S. Representative Sander M. Levin.

FULL ARTICLE AT WIKIPEDIA.ORG
This article is licensed under the GNU Free Documentation License.
It uses material from the Wikipedia article "Carl Levin."