Voices // 1 year ago
Marianne Williamson and the religion of 'spirituality'
Marianne Williamson recently burst onto the political scene as a somewhat unconventional candidate vying for the Democratic Party's presidential nomination in the United States. 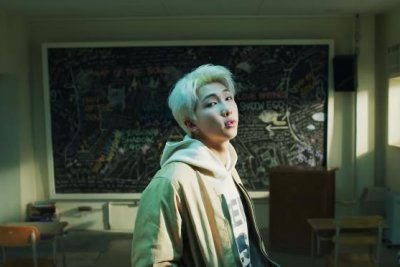 Music // 1 year ago
BTS shares 'Map of the Soul: Persona' trailer starring RM
K-pop group BTS released a video of RM rapping the intro single "Persona" ahead of the debut of its new album. 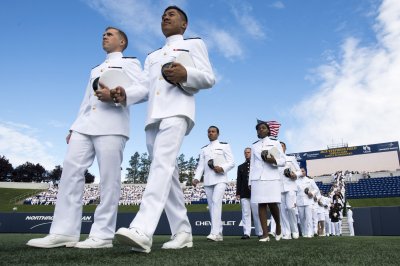 Top News // 3 years ago
The Almanac
On July 26, 2005, the Discovery lifted off from Cape Canaveral in the first shuttle launch since the 2003 Columbia tragedy.

Carl Gustav Jung (German pronunciation: ; 26 July 1875 – 6 June 1961) was a Swiss psychiatrist, an influential thinker and the founder of analytical psychology known as Jungian psychology. Jung's approach to psychology has been influential in the field of depth psychology and in countercultural movements across the globe. Jung is considered as the first modern psychologist to state that the human psyche is "by nature religious" and to explore it in depth. He emphasized understanding the psyche through exploring the worlds of dreams, art, mythology, religion and philosophy. Although he was a theoretical psychologist and practicing clinician, much of his life's work was spent exploring other areas, including Eastern and Western philosophy, alchemy, astrology, sociology, as well as literature and the arts. His most notable ideas include the concept of psychological archetypes, the collective unconscious and synchronicity.

Jung emphasized the importance of balance and harmony. He cautioned that modern people rely too heavily on science and logic and would benefit from integrating spirituality and appreciation of unconscious realms. He considered the process of individuation necessary for a person to become whole. This is a psychological process of integrating the conscious with the unconscious while still maintaining conscious autonomy. Individuation was the central concept of analytical psychology.

Carl Jung was born Karle Gustav II Jung in Kesswil, in the Swiss canton (or county) of Thurgau, as the fourth but only surviving child of Paul Achilles Jung and Emilie Preiswerk. His father was a poor rural pastor in the Swiss Reformed Church while his mother came from a wealthy and established Swiss family.

FULL ARTICLE AT WIKIPEDIA.ORG
This article is licensed under the GNU Free Documentation License.
It uses material from the Wikipedia article "Carl Jung."
Back to Article
/