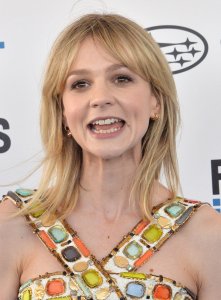 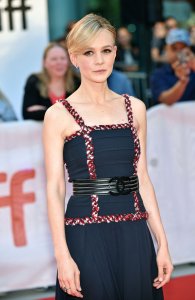 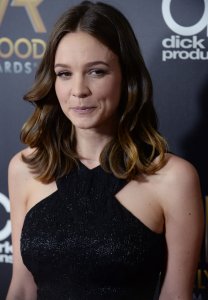 TV // 1 year ago
Elon Musk to host 'SNL,' Miley Cyrus to sing on May 8
SpaceX CEO Elon Musk is set to guest host the May 8 episode of "Saturday Night Live" in New York.

Entertainment News // 1 year ago
Oscars: How to watch, what to expect
The 93rd annual Academy Awards, which recognizes excellence in film, is set to take place live on Sunday.

Carey Hannah Mulligan (born 28 May 1985) is an English actress. She made her film debut as Kitty Bennet in Pride & Prejudice (2005). She had roles in numerous British programmes and, in 2007, made her Broadway debut in The Seagull to critical acclaim. In 2009, she gained widespread recognition for playing the lead role of Jenny in An Education, winning a BAFTA Award for Best Actress in a Leading Role. Additionally, Mulligan was nominated for a Golden Globe Award and an Academy Award for her performance.She appeared in the dramatic films The Greatest and Wall Street: Money Never Sleeps, as well as Never Let Me Go, all in 2010.

Mulligan was born in Westminster, London, England. Her father, Stephen, was originally from Liverpool, and her mother, Nano (née Booth), a college lecturer, came from Llandeilo in West Wales. Her great-grandfather emigrated from Ireland. Mulligan has one sibling; an elder brother. At the age of 3, she moved with her family from England to Germany after her father accepted the job of managing the European arm of Intercontinental Hotels. Due to her father's job, her family lived in expensive hotels for 8 years. She was "quite shy" during her childhood and a tomboy until the age of 15. She was also "quite straight-laced" and very academic until age 14, having then become more interested in acting.

Her interest in acting sparked from watching her brother perform in a school production of The King and I (she would later participate in plays at her school) and attending Broadway plays as a teen. Before acting professionally, she had once secretly applied to and been rejected by three drama schools specified on her UCAS application form. After failing an audition, the rejections made her question whether to pursue an acting career and go through what she called a "confusing time". Aside from rejection, she had also questioned being an actress due to her parents disapproval of pursuing a job in entertainment. They insisted she attend university and believed Mulligan's desire would wear off. Around this time, she had a brief job as a barmaid at a local pub. She later said that those negative experiences had a positive effect on her because it made her know how much she wanted to act.

FULL ARTICLE AT WIKIPEDIA.ORG
This article is licensed under the GNU Free Documentation License.
It uses material from the Wikipedia article "Carey Mulligan."