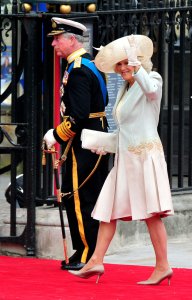 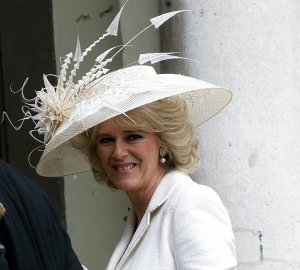 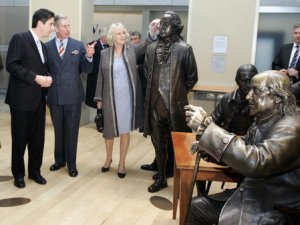 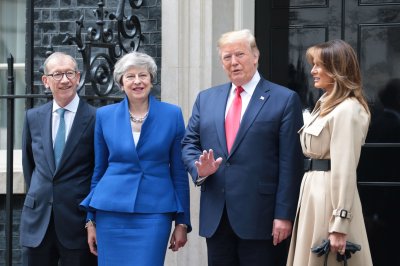 World News // 1 year ago
Trump touts trade deal with Britain in visit marked by protests
U.S. President Donald Trump on Tuesday urged British Prime Minister Theresa May not to resign so they can get a trade deal done while crowds of protesters and a 20-foot baby Trump blimp took over central London.

Entertainment News // 2 years ago
What we know about Prince Harry, Meghan Markle's wedding
Prince Harry and Meghan Markle will tie the knot at a highly anticipated wedding on Saturday.

Born at King's College Hospital, London, on 17 July 1947, Camilla was raised opposite the Plumpton Racecourse, East Sussex by her parents, Major Bruce Shand (1917–2006) (a British Army officer turned wine merchant, as well as prisoner of war in World War II and recipient of the Military Cross and Bar) and The Honourable Rosalind Cubitt (1921–1994, eldest child of Roland Calvert Cubitt, 3rd Baron Ashcombe): her siblings are Mark and Annabel. She was christened on 1 November 1947 at Firle Church, Sussex, and her godparents were the Hon Harry Cubitt (her maternal uncle); Major Neil Speke; Mrs Heathcoat Amory; Mrs Lombard Hobson; Miss Vivien Mosley. Camilla attended Dumbrells School in Sussex, as well as Queen's Gate School in Kensington. She subsequently attended the Mon Fertile finishing school in Switzerland and studied at the Institut Britannique in Paris. Following her education, she worked for a year at the offices of designers Sybil Colefax & John Fowler. She also became an avid equestrienne and participated in fox hunting.

On 4 July 1973, Camilla married Andrew Parker Bowles, at the Guards Chapel, Wellington Barracks, London, their bridesmaids including Parker Bowles' goddaughter Lady Emma Herbert. The couple had two children: Tom, born in the year after the marriage, who is a godson of Prince Charles, and Laura, born in 1978; both Parker Bowles children were raised in their father's Roman Catholic faith, although both were married in the Church of England. Andrew Parker Bowles initiated divorce proceedings against Camilla following the admission by the Prince of Wales that he had conducted a long-term extramarital affair with Camilla; the couple's divorce was finalised on 3 March 1995.

FULL ARTICLE AT WIKIPEDIA.ORG
This article is licensed under the GNU Free Documentation License.
It uses material from the Wikipedia article "Camilla Parker Bowles."
Back to Article
/